For the first time since 2005, the NBA Playoffs will not see a minute played by LeBron James. Less than a year after dragging his Cleveland Cavaliers by the scruff of the neck to the NBA Finals, James now finds himself off the clock before the month of April has even truly set in. 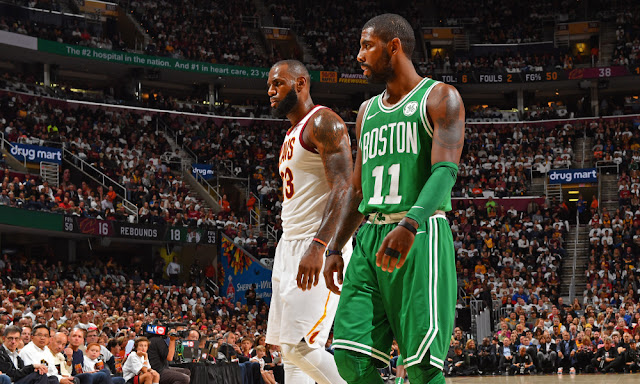 No April Fool's jest, LeBron is ostensibly resting the final stretch of the regular season to get his injured nether regions into proper shape for the 2019-20 NBA regular season, hopefully (for his legacy, not Boston Celtics fans) with enough talent where there's a small chance Boston can dispatch the star in a schadenfreude fest years in the making.

That probably won't happen, though, as James' decline has become visible for the first time, and unless he finds a way to recoup some of the social capital he burned along with Klutch Sports in trying to force an Anthony Davis trade while also trying to sack his (decent and well-liked) coach, Luke Walton, while throwing his teammates under the bus in yet another location.


Not with a bang would be a most unexpected way for the "king" to go out, but for those of us who were hoping to beat LeBron playing for the franchise we all love to hate on the court, well, the time may have already passed for that to happen, leaving us to enjoy the collapse from afar, wearing yellow and purple, on fire, in a dumpster.

It's just not the same.