RJ Hunter values his second chance with the Boston Celtics so much, he planned to attend the team's playoff games -- both home and away -- on his own dime.

As a two-way player, Hunter is not eligible to play in the postseason, and he assumed the league's rules would limit his role with the parent club in terms of traveling with the team given those restrictions. So he looked into Airbnb offerings in Indianapolis (he rented an apartment near the practice facility in Boston after signing with the team), and started making plans on his own. 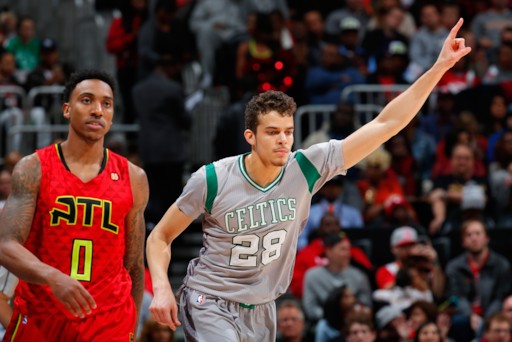 Turns out, Danny Ainge and company are allowed to and going to pick up his tab.

RJ has a strong bond with the team that drafted him, and after a few stints in the NBA's G-League as a fourth-year journeyman, wants to squeeze every second he can out of a front-row seat to the biggest event in the NBA calendar. Said Hunter (per MassLive's Tom Westerholm):

"These guys have been great welcoming me in the locker room, so I’m trying to show my support ... We die for opportunities like that in the G-League ... Just being out there was crazy. We don’t see a lot of opportunities, so when we do and we take care of it, that’s definitely big for us."

Hunter is not  the lone Celtics two-way player traveling with the team, either. Celtics two-way point guard PJ Dozier is joining him, and, equally happy to be along for the ride, made their support a point of emphasis (again per Westerholm):

Let's hope the top of the minutes distribution is coming to the table with as much energy and enthusiasm for what's shaping up to be a tougher-than-expected first round in the absence of Marcus Smart - because this is exactly the type of hungry mindset Boston needs to propel itself into the second round and beyond.