Many sports writers and analysts had projected that Gordon Hayward was on the way out - that he may never be the same after his devastating ankle injury. The comeback was slow, mainly because the injury required long and excruciating rehab. But the Celtics have swept their first-round opponent, the Indiana Pacers, and are moving on - in large part because of Gordon Hayward. 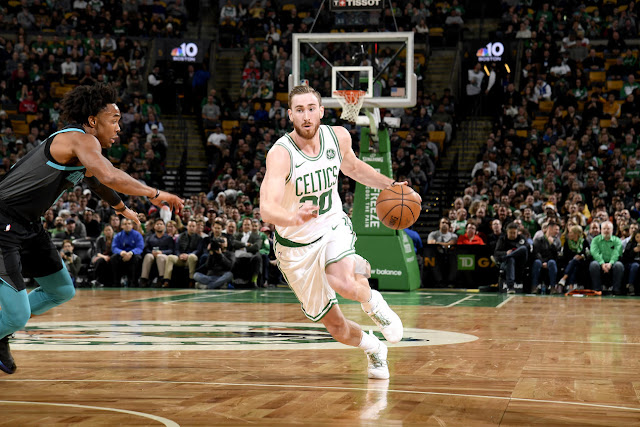 Gordon was posterized on a Myles Turner dunk, but that didn't deter him in the least. Hayward came alive in this game, notching 20 points on 7-of-9 on field goals, 3-of-3 on 3-pointers and 3-of-3 on free throws. He added three rebounds, two assists two steals, one block and a plus/minus of +13. When Mark Twain was rumored to have died, he responded that his death was greatly exaggerated. The lesson then, and now, is to never announce someone is deceased until it is proven.

It is ironic that this all occurred on Easter Sunday. But this was no resurrection. The skills and talent were always there with Hayward. He just needed time to become what he was. Paul Pierce has stated that Gordon is the key player for a long playoff run. Could not agree more.