This is the story if was hoping to be writing in April - that Gordon Hayward was back physically and mentally, picking apart the opposition. That is what he did in the 117-97 victory over the Indiana Pacers last night. He is giving fans a reason to be excited about the upcoming post-season. 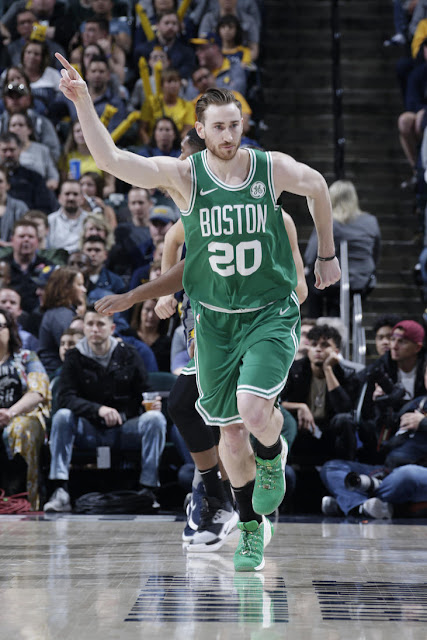 This is not an exaggeration: Hayward looks like Hayward. pic.twitter.com/65TiZEtTqD

In limited time off the bench (25 minutes), he scored 21 points on a perfect 9-of-9 from the field and 3-of-3 from the charity stripe. He had a team-high plus/minus of +23 for the game. For fans that had lost hope for a successful playoff run, Hayward's recent surge, if continued, puts a whole new look on the post-season outcome.

For a guy that is not particularly strong, quick or athletic, I admit to having been skeptical about Gordon's ability to exist at the NBA level. But now he has already reached All-Star status with the Jazz and has a shot at a Championship with Boston. I am truly excited to be able to write this story. Gordon is back and he is just what the Celtics need to go all the way.