Could the Boston Celtics have been rope-a-doping us all along?

What, you ask, am I talking about? The "rope-a-dope" Boston Celtics, ladies and gentlemen.

Yes, it arose in most of us from plumbing the depths of the tin foil hat-part of our brains as we sought to explain why a widely-lauded coach and talented team were (not) working together to produce such an underwhelming season. No, I don't actually believe this. 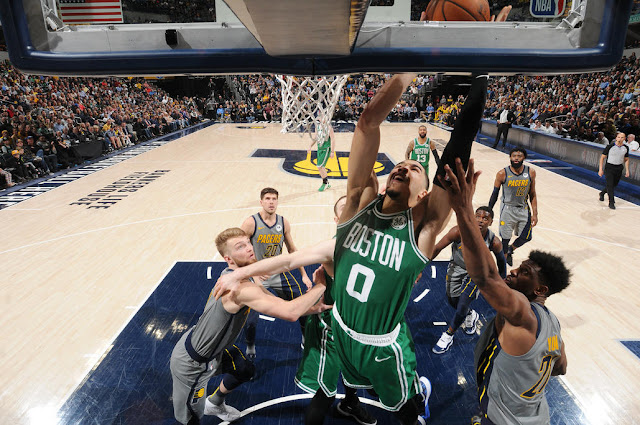 At least, I'm pretty sure I don't.

In case you're not following me, hear me out. "Rope-a-dope" refers to a boxing tactic made famous by Muhammad Ali, which entails faking distress against the ropes, so opponents go for a knockout with sloppy punches and little defense, tiring the opponent so that a win -- or a lucky knockout counter -- can be landed unexpectedly.

Would that not be some shit if the Celtics were doing exactly that the whole season?

Sure, there's all kinds of reasons to explain such an absurd (in a basketball context) strategy being used. Chief of which would be the difficulty of keeping up the ruse for so long with so many people involved.

Maybe it’s wishful thinking but the Celtics have to doing their own rope a dope this season. There’s no way they are as bad as they play at times and Stevens didn’t just forget how to coach. There has to be something to this, something thats being held back
— JT (@SkipperJT23) March 12, 2019


But the lack of adjustments both in rotations and in-game action from a man who built his career reputation doing exactly the opposite, and perpetual, even irrational confidence in the face of the failures such an approach (coupled with a general malaise with the regular season) suggests there may be at least a little truth to this idea.

Probably -- no, scratch that -- almost certainly, there is no complex scheme to intentionally blow up the regular season enough to catch everyone by surprise, but the idea that playoff ball and the lineups and rotations that will be deployed within it is as much about game-planning and adaptations is not a controversial one, and it would not shock me in the least if Boston's been keeping the powder dry in terms of what it's truly capable of as much for these reasons as to avoid rolling up to the first round with multiple starters injured again.


The TL;DR of this piece is not that I think the team is engaged in trying to use a boxing stratagem to guide their overall goals of hanging another banner, but rather that the Cs are holding their hand close to the vest at the same time they've learned -- the hard way, at that -- to only go all-out when the games truly, really count for the goals they most care about.

That should come as no surprise, even if it has yielded decidedly frustrating regular-season results. The path to the Finals has not been wider in perhaps a decade, and Boston not better-prepared to go there or even beyond in roughly as long. The question is whether they can truly rope the dopes out there who doubted them...or if this group of players, ostensibly among the league's top squads this season, are, in fact, the dopes on the ropes.