BREAKING: Marcus Smart has torn oblique, could be out first two rounds 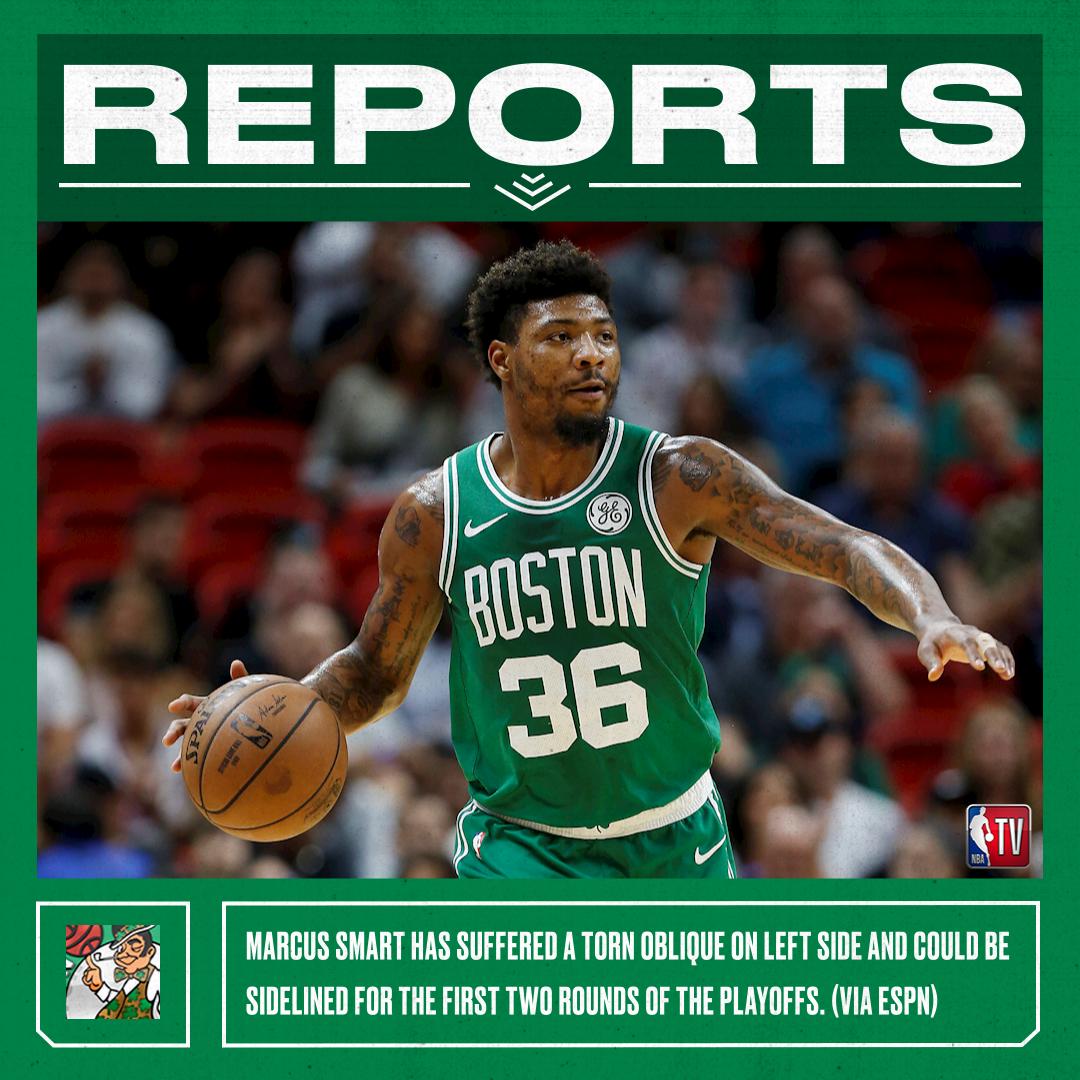 Marcus Smart has suffered a torn oblique on left side and could be sidelined for the first two rounds of the playoffs, league source tells ESPN.
— Adrian Wojnarowski (@wojespn) April 10, 2019

This is pretty horrible news for the Celtics. Normally I'd say an injury leads to a shortened rotation and a chance for another player to step up, but Marcus Smart is such a unique talent. Not really defensively replaceable. Was hoping he would just miss the first few games of Round 1. Here's hoping he can return sooner rather than later, because we will need him vs the Bucks in Round 2.

Update via the Celtics: