Even up a game with home court advantage effectively neutralized for the Milwaukee Bucks, the Boston Celtics can't afford to be down two key players. 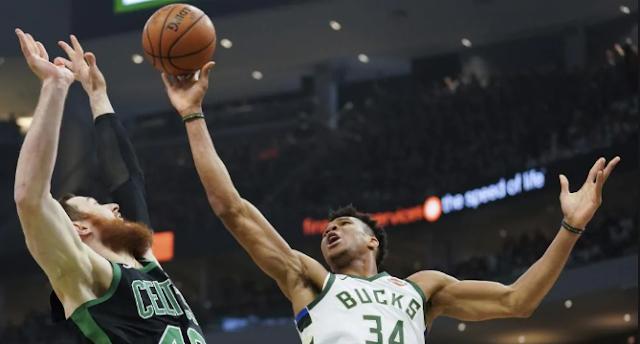 Already missing Marcus Smart to a torn oblique at least until Game Four of the series (and, if we're being honest, likely longer if the Cs keep winning), Boston looked like they might lose big man Aron Baynes for a spell too after he rolled his ankle in yesterday's Game One win over Milwaukee.

Spoke to #Celtics center Aron Baynes (left ankle) shortly after today's game. I asked him how the ankle feels and whether he's playing in Game 2. "Mate," Baynes said. "I was ready to keep going then (in Game 1); keep going."
— A. Sherrod Blakely (@ASherrodblakely) April 28, 2019


While he hasn't been the Giannis-stopper Al Horford has been, he's been a key cog in Boston's defense, helping smother one of the league's top offenses this season, so news he was ready to keep playing in Game One -- never mind Game Two -- is welcome news indeed.