Nurkic injury serves as an ugly reminder of Hayward setback 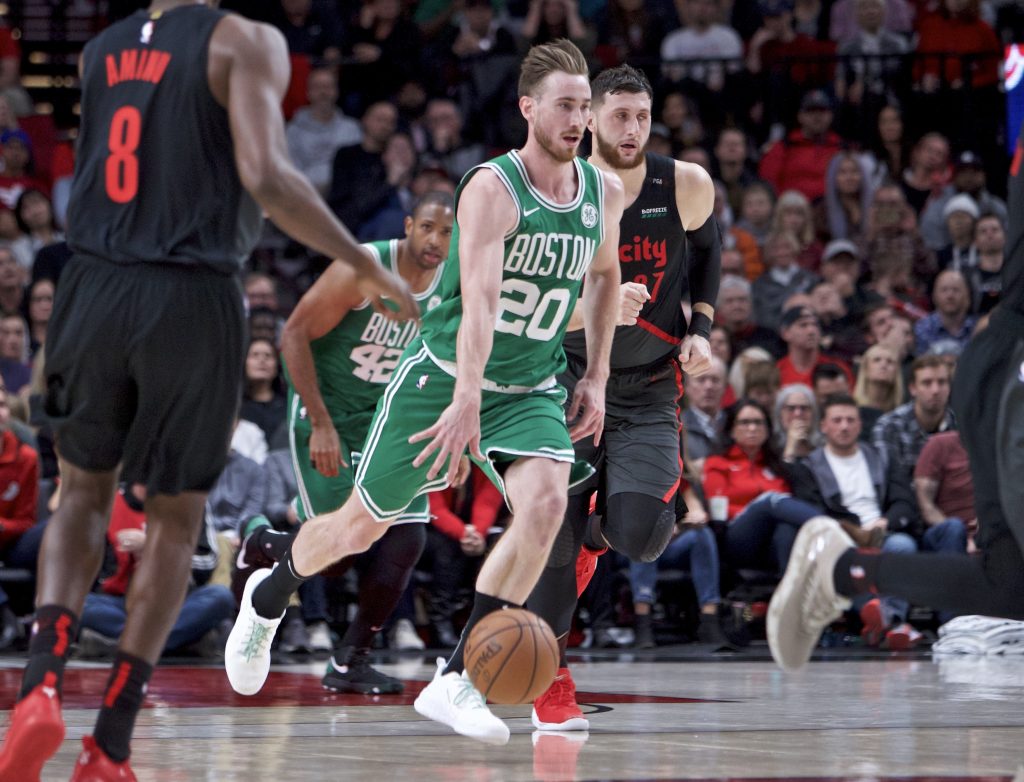 On Monday night, Portland Trail Blazers’ imposing big man Jusuf Nurkic suffered a season-ending injury. The Bosnian experienced a nasty fall that resulted in compound fractures in his left tibia and fibula, putting an end to his most impressive season yet. The whole league shuddered and later many players sent their condolences to the 24-year-old, including Celtics legend Isaiah Thomas.

The injury itself is one of the more stomach-churning breaks that the league has seen which was made worse by the referee inexplicably kicking Nurkic’s foot as he laid on the ground. On top of that, the medical staff took a shocking amount of time to come to his aid. I won’t share the footage, for the sake of the more squeamish of our readers, but it’s almost unbelievable.

For many basketball fans, it brought back memories of Gordon Hayward’s leg break in his Boston debut against Cleveland Cavaliers.

That Jusuf Nurkic injury is Gordon Hayward level terrible. Prayers up for him but he may never be the same after than one.

I guess the @NBA now have some solid reasons to reduce the games.

Nurkic has played a huge part in Portland’s season and has seemingly found a home in the city. The team currently sit in the fourth seed of a loaded Western Conference. The loss of their center will be a huge blow for them as they look toward the post season.

If the experience of Boston fans since Hayward’s injury can buoy Portland in any way, it’s by pointing out that while not showing any sign of real consistency, Hayward has had flashes of brilliance at times this year. Recovery from this kind of traumatic fall can be a long road, but both Hayward and Nurkic may return to their best – just ask Paul George.

All of us at Celtics Life wish Jusuf a speedy and full recovery.