Isaiah Thomas' lessons for the Celtics on energy, adaption & survival


Survival is all about being able and willing to adapt to changing circumstances - and no one does that better than Isaiah Thomas. And no group seems to do it worse than our present Celtics team. I just received my signed Celtics jersey back from Isaiah as he had promised, and that inspired this article. 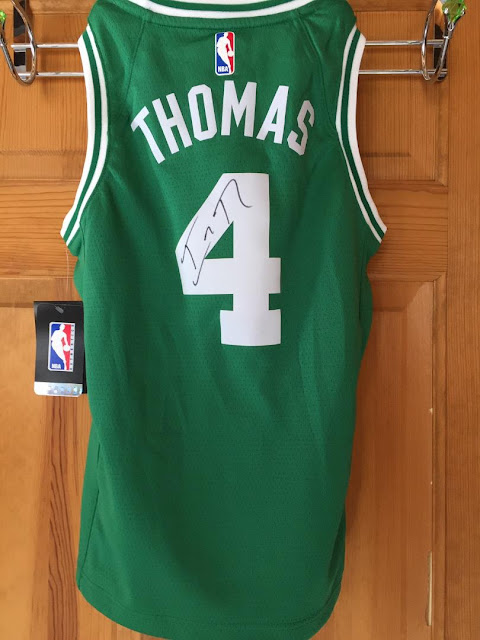 My answer to the question of who is responsible for the Celtics woes is everybody - from Danny Ainge on down. Danny is a basketball mastermind who can't seem to figure this one out. Brad Stevens is a brilliant coach who needs to make some adjustments with the actions, or lack thereof, of his crew.

And there is not a player on this team that doesn't need to make some changes in their games. With the playoffs in view, this entire group seems to be unwilling to adjust to their roles. Notice I said unwilling - not unable. The skills and talent levels of the Celtics players is extraordinary - their performance thus far is not. They often lack energy and drive - go to hero ball too often - take plays off - point fingers.

Good morning world! Energy on a 10 to start the week, remember YOU control that!

"Energy on a 10" has become an Isaiah Thomas trademark. He is correct - you control your energy and it starts with the right frame of mind. IT never seems to lack energy and desire to participate and win - not even after the tragic death of his sister when he poured in 53 points in a playoff game against the Wizards.

Small stature-Big heart is how I refer to IT. The jersey you see in the photo above will eventually go to my great grandson, Carson Thomas Lane. Carson's mom, Courtney, encountered Isaiah in the elevator of a medical facility the day after his monster 53-point game. He looked exhausted. I have taken on the role of Courtney's caretaker after her double-lung transplant that is now imminent. She needs reminders of IT's survival instincts. So does the Celtics crew.

How great Isaiah Thomas was on a nightly basis during that 2016-17 season is going to be difficult to explain to basketball fans in the future.

They will not survive for very long in the upcoming playoffs without every member of the Celtics organization making the needed changes. If they wish to point fingers, they need to also point at themselves. They need to come to each game with energy - adapt to their proper roles - and survive long into the post-season. Best wishes, IT, on your NBA future. Your stature does not seem to fit the present Celtics' landscape, but your heart always will. I, for one, hope to see you in a Celtics jersey once again.