I am writing you this out of gratitude. It took me some time to figure out this is your way of letting me down gently, but I finally understand. Why prolong the inevitable?

This team isn't winning a championship. It legitimately might not win a series in the postseason. To be honest with ourselves, look at the record 74 games in.

If Boston was in the Western Conference, it would be a lottery team right now.

Let that sink in -- the primary reason we are talking postseason at all is due as much to geography as it is effort, and that in a season where we seriously believed this team could contend for a banner. 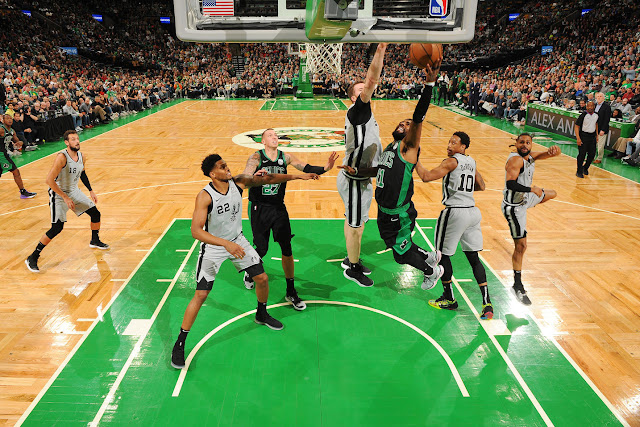 We were wrong. That's OK.

Next season, much of the team we're currently so nonplussed about isn't likely to be here, one way or another. Intellectually speaking, I'm aware several of the ways that could materialize would negatively impact the Celtics' collection of assets.

I no longer care.

Once again the Celtics are getting booed at home.
— Keith Smith (@KeithSmithNBA) March 25, 2019


I want to root for a team that supports each other. That gives a shit, if not for the franchise, its history or the fans, then at least for the game. I want to watch people who look like they are happy to have a job working at a chance to reach their life's work's highest accolades.

I want to watch a team that plays a sport I love with a modicum of effort. I want to write about something other than entitled, insulated, unresponsive, disinterested basketball, and while not every Celtic and not every outing produce the desired results, the collective effort reflects on them all, and if they can't hold each other accountable, I can't be bothered to feign interest - in my own life or in these words.

“There’s light at the end of this”


Do better. We'll be there for you if decide to. But until all of that takes shape and looks consistent enough for me to do...literally anything else before subjecting myself (and our readers) to more of the same... well, let's just say I'll have more time to do other, more productive things during game times.

Thank you, for making the transition to next year's team (whatever that will look like) easier.