It's been rough, but this is how we deal with it 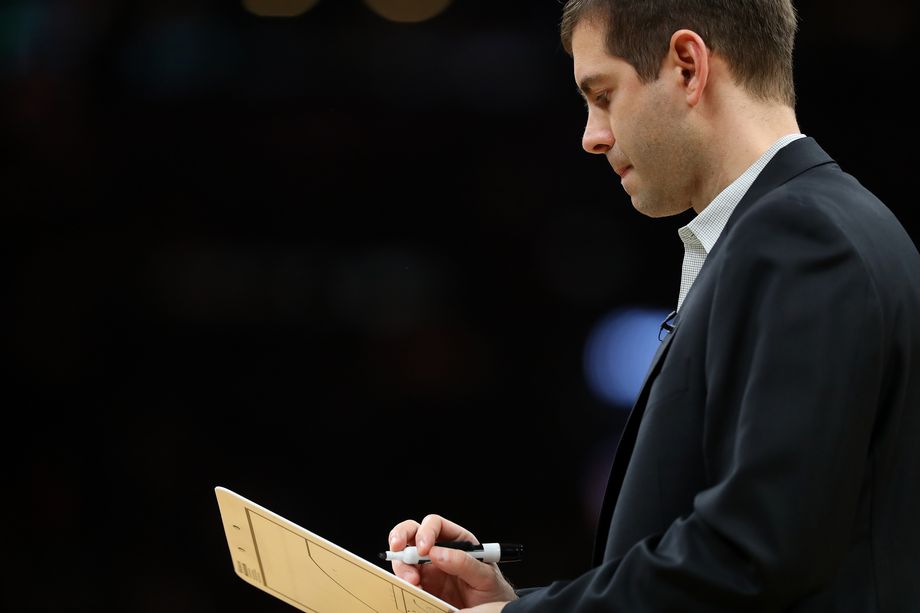 We know. We feel it too.

The Celtics are throwing away huge leads, showing a clear lack of unity and doing their best to discredit all of us that believed they had one foot back in the Eastern Conference Finals when the season began. Much like the team’s gross, trick-or-treat inconsistency throughout the year, the regression of some of the best offensive weapons and lack of self-awareness from certain individuals has been staggering. Boos are still reverberating around the TD Garden from last night’s toothless loss to the San Antonio Spurs and those who were previously clinging onto hope are now ready to give up, right before the postseason begins.

We’ve had blowouts, we’ve had collapses, we’ve had infighting, we’ve had passive-aggressive interviews and we’ve had off-court contract drama. Any fatigue you may be feeling is completely understandable but we’re in this together, so here is a (completely serious) guide on how to cope:

Believe in the ‘playoff switch’

The ‘switch’ is something that smart basketball minds have referred to when discussing teams that show clear signs of lethargy in the regular season, yet can be trusted to take it up a notch in April. This offers Boston some sort of lifeline – assuming they avoid a historic collapse and clinch their spot.

Teams that have turned on said switch in modern history are the Golden State Warriors and the Cleveland Cavaliers, who experienced an incredibly turbulent season before making a run to the NBA Finals. Sure, those two examples include one of the greatest teams of all time and a player regularly mentioned in the GOAT conversation, but you have to believe, right?

If you’ve found yourself screaming at the television recently, this may come in handy as the stakes become progressively higher for the Celtics.

According to WebMD, your breath is a powerful tool to ease stress and make you feel less anxious. So, find what works for you and in between berating Terry Rozier chucks, you can keep yourself in check. Just a thought.

Mike Gorman is one of the best in the business. On top of that, during most home games you get the pleasure of listening as Heinsohn attempts to pronounce the names of the league’s leading international talents. Worth it.

Distract yourself with Madness

The green-tinted madness has been exhausting, so why not take your mind off things with another kind.

Not only will delving into college basketball’s most exciting month keep you entertained during the NBA’s schedule limbo; focusing on the youth will familiarize you with some possible future Celtics. Should the balls bounce in a certain direction and picks be conveyed, Danny Ainge could potentially end up with four picks in the first round of the 2019 NBA Draft. This would provide him with a great deal of trade leverage and the ability to pick up a young asset or two.

Also, who doesn’t want to witness the next way in which Duke’s Zion Williamson bends our understanding of the human being’s physical limitations?

Sometimes, we all need to take a step back and find some perspective. While I definitely mean this in reference to what’s truly important in the grand scheme of life, on this specific occasion I’m talking about basketball perspective.

It hasn’t been pretty; it has actually been incredibly ugly at times. However, when the regular season ends, 14 teams will be going fishing and Boston will not be one of them. I’d have to be an idiot not to notice that this team is massively underperforming relative to the roster’s talent level and salary – after all, Boston expects championships – but you have to be in it to win it and the Celtics will be one of the 16 teams left standing, which is something.

Another way to carve out a positive outlook is by comparing expectations. Since the fall of the ‘big three’ era, Boston have been part of one of the most impressive accelerated rebuilds in NBA history, going from Vitor Faverani to Al Horford in just a couple of years. For many teams that have suffered through years of endless mediocrity, Boston’s current playoff seeding and group of high-ceiling personnel is enviable. It may not feel like it right now, but this is incredibly minor basketball suffering.

These things are cyclical. The fans are hurting right now but how quickly can these woes be forgotten with a decent run of games? A week can feel like a year in basketball but seasons change in a flash. I’ll be travelling from the UK to be in the building when the playoffs come back to Boston and there is still a chance that the feeling will be very different by then.

Let us know in the comments section below, how YOU deal with frustrating losses?