The tank is on in Los Angeles Laker land, and despite the fact that it will be very difficult for Los Angeles to get much better odds than a ten percent shot at the top pick of the 2019 NBA Draft, they could move as high as a 29 percent chance at a top-four pick. 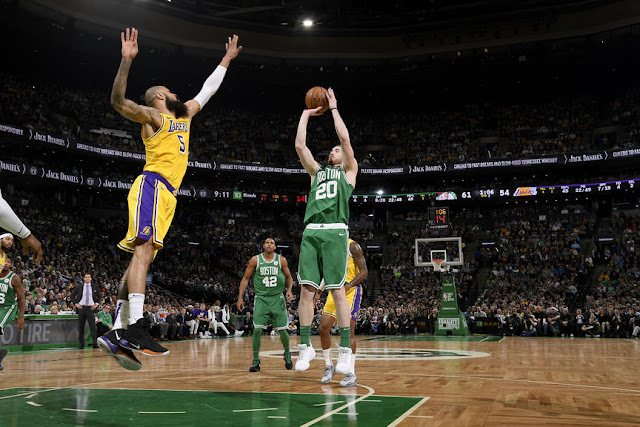 The evidence of the pivot to, uh, resting and load management (wink wink, nudge nudge, say no more) began when LeBron James agreed to be put on a minutes restriction with no back-to-backs, and was expanded after wing Brandon Ingram was declared out for the season with a shoulder injury of a decidedly vague nature (edit: Ingram has since been revealed to have been diagnosed with deep vein thrombosis, the same disorder that ended Chris Bosh's career; apologies on my part for assuming it was anything else, we at CelticsLife wish him a complete and speedy recovery).

Lakers forward Brandon Ingram will miss the remainder of the season with a shoulder injury.
— Chris Haynes (@ChrisBHaynes) March 9, 2019


Throw in the fact that oft-injured point guard Lonzo Ball may also be declared out for the season after reportedly failing to progress as hoped for the Lake Show, and it's clear this team is almost certainly not just trying to increase their lottery stock, but to also avoid injuring players advancing in age (James) or who might be potential fodder in an offseason trade (Ingram and Ball), though not necessarily for Anthony Davis.


This makes sense for an organization seemingly more interested in the now, and with a player like LeBron on the roster, such an approach makes sense. For fans of the game (and the Boston Celtics playoff seeding) however, the result will be near-unwatchable basketball and lots of losing. While I can't say much for the quality of tonight's matchup, at least the Cs will have to go out of their way to drop one on the road.