Hayward downgraded to doubtful vs. Nuggets, in concussion protocol


After taking a significant hit trying to get through a screen during Saturday's win over the Atlanta Hawks, Gordon Hayward has been downgraded to doubtful for Monday's tilt with the Denver Nuggets.

Hayward, who has been placed in the NBA's concussion protocol, is highly unlikely to clear the protocol by the time the game takes place this Monday, but as those of us who have followed teammate Al Horford's experiences with the same, it's definitely for the best. 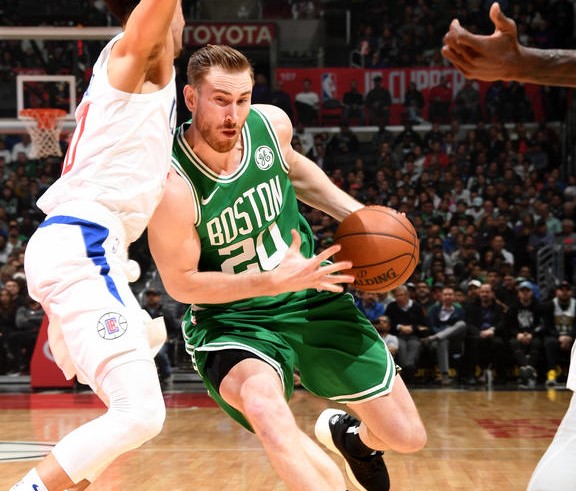 As frustrating as it must be for a player just starting to show real signs of getting over the serious injury he sustained at the start of last season, the long-term impact of untreated concussions is as big or greater of a threat to one's overall well-being, and hopefully Gordon will avoid any lingering issues by closely adhering to the league's policies.

With games against the Philadelphia 76ers and Charlotte Hornets coming later in the week, it's very possible we may see Hayward return to action for one if not both matches, but at least against Denver, the Butler product will be spending some time recuperating from the collision sustained in Atlanta.