This is it for the Boston Celtics, folks.

This is the last game of the 2018-19 NBA Regular Season Boston can make a statement about who this team is. Sure, they still have some tough outs, to be sure - the San Antonio Spurs will always take your lunch money if they catch you asleep at the wheel, and the Indiana Pacers and Miami Heat are quite capable of doing the same.

But beating these teams though very good they may be, simply doesn't mean much to a unit whose sole shot at redemption for an underwhelming season is success against teams that have a real shot at a banner. 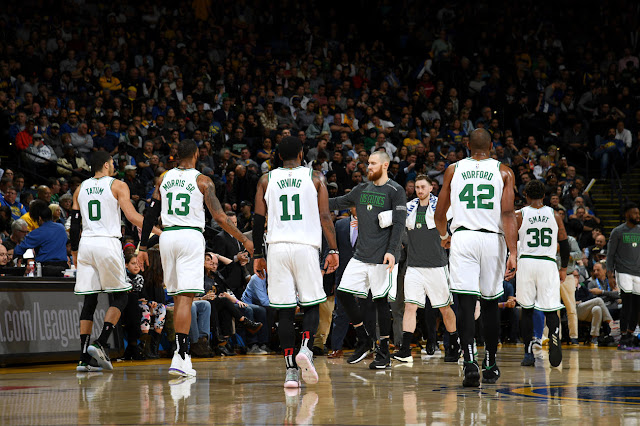 As much as the post-Victor Oladipo injury Pacers are a good story, the Spurs a monument to the perpetual excellence of Gregg Popovich, or the Heat to their culture of internal development, nobody outside their respective fanbases believe those teams will contend come April, and even the homers aren't out in force.

In a season the Celtics could have dominated not just the stacked Atlantic Division, but the East and possibly league itself, complacency and poor communication produced a middling semblance of a "switch-flipping" team, and, save for when every game lost brings your season closer to being over, this is the last tune-up left to really get a feel for what this team can do.

Sans Gordon Hayward, this team will take the floor tonight to make a statement as much to fight for a home series, and the fact it's not for several home series is not lost on the fans, nor, likely, the players.

They do have this last opportunity to set the record straight, to show us who they are, to prove the doubters wrong. They can close out the final ten games with momentum, sliding into the playoffs with the cohesion and intensity they have often lacked up until recently. Maybe even the fourth seed, and a shot at the third.

If they lose, well, who knows where this ride stops. I suspect somewhere that looks very differently, both inside and out. The specter of an Anthony Davis trade still hangs over this team, and mustering the effort to play with guys you may never play with again can't be easy.

But, as ludicrous as this might sound, the glass is half-full as well as half-empty; there could be no better way to show you belong in Boston than effort in the postseason, than to enter it with a full head of steam and a raging desire to win.

This is why we love Isaiah Thomas, after all -- not because of winning (of course that's important, but we control the things we can), but for giving his all for his team, to a fault. The only way forward for this motley assortment of stars and protostars is...together.

And tonight we see what they choose.