It was a night when Lebron James got most of the attention for passing Michael Jordan on the NBA all-time scoring list, but Rajon Rondo got some attention of his own. This is not what either player expected when they joined forces in Los Angeles. Their team sits in 11th place in the West with a 30-35 record. During the Lakers 115-99 loss to the Denver Nuggets, Rondo decided to lave his teammates and sit with patrons. 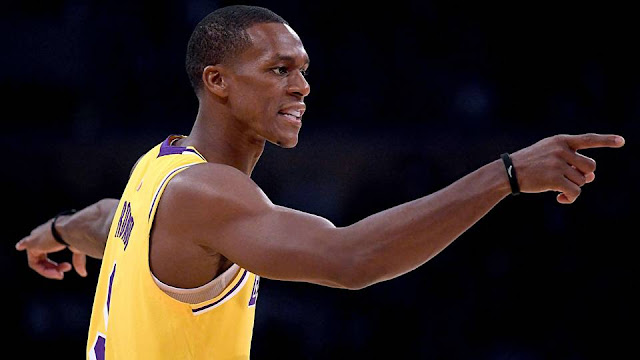 Mark Jackson didn't hold back on Rondo's actions, but tossing the question of right and wrong aside, we know just how competitive Rajon can be. He can still play the game at a fairly-high level, and his basketball savvy is unquestioned. A losing season is not sitting well with him.

Grateful that Alex Caruso was mic'd up for this historic moment for LeBron James. #LakeShow pic.twitter.com/UuRZjUIMRv

Rondo is signed for $9 million this season and will be an unrestricted free agent this summer. Ironically, so will his opponent last night, former Celtics star Isaiah Thomas. Out of curiosity, would you have either one back in the Celtics fold next season. With Kyrie Irving having a player option and Terry Rozier entering free agency, Boston's roster for next season is far from certain, but feel free to vote in the Twitter poll or give your thoughts via our comment section.

What are your feelings about Danny Ainge going after former Celtics stars Rajon Rondo or Isaiah Thomas this summer?