Anthony Davis' father was recently quoted saying that he did not want his son to go to the Boston Celtics because of the way they treated Isaiah Thomas, dredging up an interesting discussion that isn't about basketball per se, or the X's and O's.

It’s more than that, it’s about how you treat players and the personalities involved with a franchise. And, with the trade of Thomas, the way that Boston is perceived around the league might have swung and could impact if Davis would want to re-sign in Boston, should he be acquired.

Danny Ainge is ruthless, but this could impact the perception of the club and split opinion even amongst Celtics fans. As stated on WSN, where you can read about NBA online, the Celtics are on a slight skid, sporting a record of 37-23 in the Eastern Conference. So, it’s clear all isn’t right with Boston, with chemistry problems being a real issue. 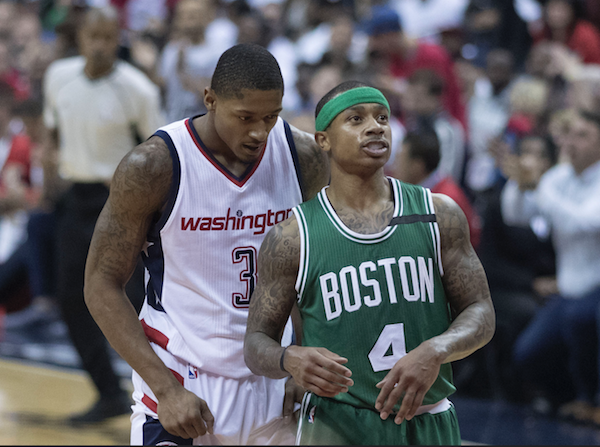 Ainge has traded a lot of NBA players over the past few years, most famously trading Paul Pierce, Kevin Garnett, and Jason Terry to get the Brooklyn Nets picks, which has led to Jayson Tatum, Jaylen Brown, Kyrie Irving and another draft pick that is going to come from the Sacramento Kings.

There was also some controversy about how transparent the Celtics were with Thomas' hip injury, which nearly scuppered the trade to the Cleveland Cavaliers. Even if Ainge’s trade was for the long-term good of the Celtics, his image may now have been tarnished with a lack of loyalty to a star that had given so much.

Now, Davis is on the trade block, and this whole drama might come back to haunt Boston. Davis might think that the franchise doesn’t really care about their players, with the Celtics seeing him as more of an asset that they can buy and sell. However, those who spend any real time with the Celtics know this isn’t the case, with players being loved from the moment they arrive until years after they depart, be that by trade or free agency.

Davis may see the Los Angeles Lakers as the better fit. For instance, the Lakers signed Kobe Bryant to a large contract towards the end of his career when his game had really deteriorated. They did this not because his play deserved it, but because the man is a club, city and sports legend that was cared for throughout his stay on the team.

Of course, Thomas wasn’t on the same level as Bryant, but a move like trading Thomas after the season he had been through might stick in the mind of a future free agent.
If Davis is traded to Boston, Ainge will be confident he can charm the superstar to stay when he hits free agency. The Celtics have dreamt of signing Davis for years and have stockpiled assets for this very moment. Though, despite his charms, Ainge might now have a problem attracting talent to Massachusetts.