Is Boston really so low we're looking for positives in a loss?


In a word -- yes, and while I appreciate the sentiment, I just can't get behind it.

Another loss to rationalize on the books, and today, I am reading takes I'd describe as spicy if not for the utter banality of the pig Boston Celtics faithful are trying to put lipstick on. 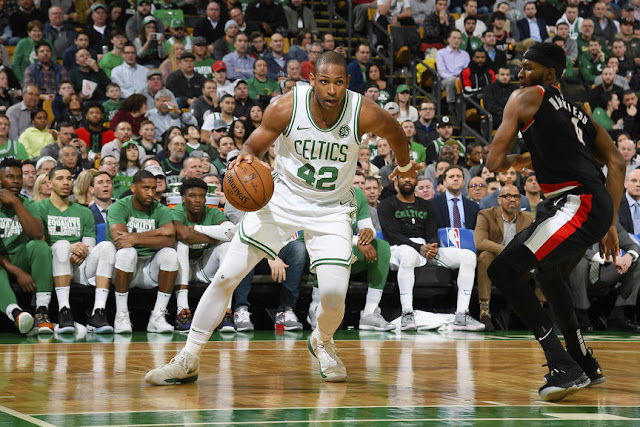 Let me be clear, I do not blame any one player, nor coach Brad Stevens (by himself, anyway), nor the media (including myself); I think there's a little out there for everyone, when you think about it.

Brad has become the scapegoat of the moment, wresting the unpleasant crown from Terry Rozier in the eyes of many fans, and while both certainly deserve to be questioned regarding how what they have been doing of late has contributed to Boston's recent woes on-court, it's not fair to suggest that either is the source of such mediocre results in a season with such high expectations.

And I am not going to tell you it's your own fault for expecting much of a deep Celtics squad, because that is, after all, what we do as fans of such a storied franchise - deep playoff runs are the stuff of small-market teams yet to hang their own banner, never mind 17.

We dropped one Wednesday night, but this game felt different than the last two. Here's why. https://t.co/pDFswyjQh4
— Boston Celtics (@celtics) February 28, 2019

I will admit, as a writer and analyst, I have probably waited too long to turn a more critical eye to this team, caught up in potential, and what it might bring us this spring (never mind this summer), when I should have been paying more attention to how what Boston has been settling for, game-by-game, has led us to this point.

It may indeed be possible to run two different-timetabled team arcs on the same roster. But one thing this season has shown me to date is that doing so requires even more skill than developing rookies and cast-offs into competent NBA players and the special skill of managing egos typically present among championship-caliber squads.

The latter doesn't need to be the coach, but they need to lead by example, whoever it is - taking the blame for others in public while holding players (or teammates) accountable behind closed doors. The former needs to be able to coexist with developed talent, while also not neglecting the growth of younger and rotation players, already a challenge when the only focus.

It may be too much to expect of any one individual to ride two horses at once, which is more or less what's being asked of Stevens. But he can also use the recent string of failures as cover to try new things, call timeouts to slow runs, make changes in lineups and rotations, and sit players when low-effort nights demand it.

The players are, of course, to blame more than anyone - as professionals, they have contractual duties to fulfill regardless of how one feels about what is "owed" to the fans, and half-assed efforts do not belong in the NBA no matter what one's minutes distribution, contract situation, or usage looks like at the moment.

Earlier in this article, I alluded to positive takes on Boston's current situation. I won't dispute the fact that against the Portland Trailblazers, there were some steps forward - that is, in my opinion, undeniable. Efforts were made, and shots did not fall.

But again, one does not deserve praise for doing the bare minimum a professional team with a window for contention open, at least in theory. At best, they deserve the opportunity to earn back our support - and earn it they will have to -- because, like many of you, I have better things to do with my time than to closely follow and support a team that's going through the motions.