Video: Talking heads discuss whether the Celtics are better without Kyrie Irving (vote in the poll) 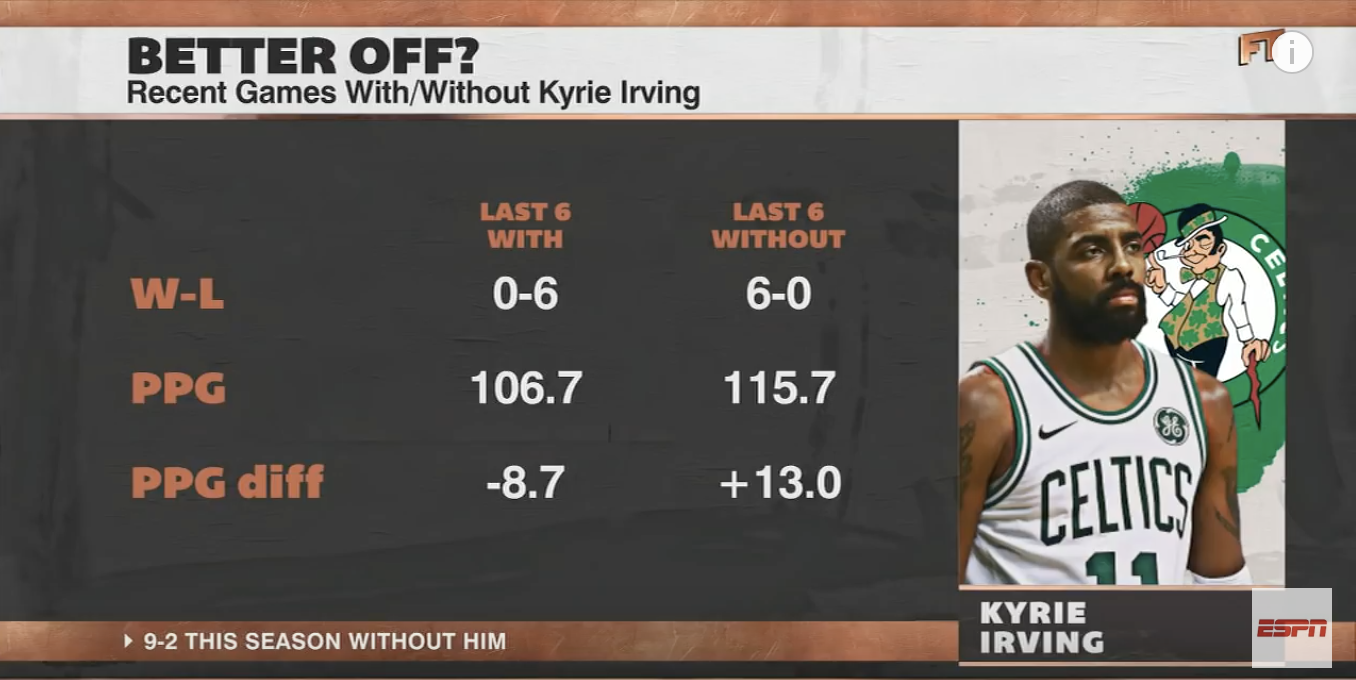 It's such a bizarre topic to discuss. You have the team's best player Kyrie Irving, who some fans are currently upset with because he won't 100 percent commit to accepting a super max contract to stay in Boston. Obviously those same fans thought he's such a talent that he deserves the super max. Those same fans now are also claiming that the Celtics are a better team without him. So you're saying you wanted the Celtics to pay Kyrie a super max contract, but the team would be better off without him? Head scratcher.

Of course, the Celtics were playing better without Irving last playoffs and have excelled when he's missed games this season. So is hurting the team despite his talents. The national media is having a field day with this.

In case you think it's just ESPN, Fox Sports 1 also dedicated a good amount of time to the question.

Now that we've heard from every media personality in America, you Celtics Lifers cast your vote (and comment below with your opinion)