Why are the Celtics at the bottom of the NBA in free-throws-attempted?


I often compare the Celtics November stats to the current month to look for the teams' progression, or regression, in certain areas. I just finished a November-January comparison of free-throws-attempted. Boston went from second-to-last in FTA (29th) in November to dead last (30th) for the month of January. What is going on? Is it referee bias? Do the guys in green not go into the paint enough? Here's a look at it. 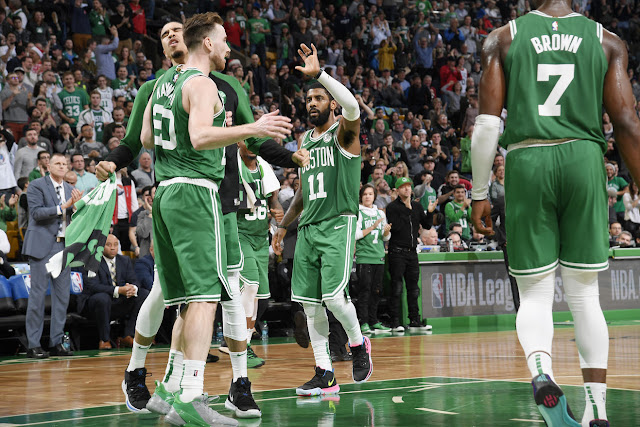 Here is the picture of points-in-the-paint by Boston. In November, they ranked 29th with 37.9% of their points coming in the paint. For January, their paint points give them a boost to 26th in the League, with 41.4% of their points coming from in-close. But that didn't seem to help their free throw attempts. But it was still nice to see the Celtics players venturing in to the paint rather than hoisting shot-after-shot from long distance.

It would be easy to blame the referees and possible bias against Boston, but I won't do that here. I noticed that the Celtics trio of Larry Bird, Kevin McHale and Cedric Maxwell all averaged five-plus free throw attempts in the Championship 1983-84 season. The three high men on this Celtics' 2018-19 squad of Kyrie Irving, Jayson Tatum and Jaylen Brown average 3.5, 3.1 and 2.7 FTA's/game thus far.

Max always seemed to live at the free-throw line. Kevin had an almost-unstoppable inside game and was constantly fouled. It often was the only way to stop him. And everything seemed to go through Larry. He was always battling underneath. This current version of the Celtics is more of a finesse and passing crew, and since they are young, they often don't get the respect of the refs.

After going 12-for-12 from the line, Jayson Tatum says he wants to get to the line more, like “the type of player I want to be, all the guys that score 20-25 a night."https://t.co/l01rCO8WWq pic.twitter.com/eXYcfKMSMv

Certainly the game has changed over the past few decades, and at least with the current team, I don't see the tenacious battling for offensive and defensive boards - and in-close scoring attempts where fouls are often called. That may change. The Celtics are going into the paint more, and Jayson Tatum last night was 12-of-12 from the free throw line - he averages 3.1 FTA/game. He still plays a finesse game, but his rebounding is improving, and he may become more of a power player down the line. Once the guys in green start battling more under the hoop for scores and boards, we should see that FTA-number rise.