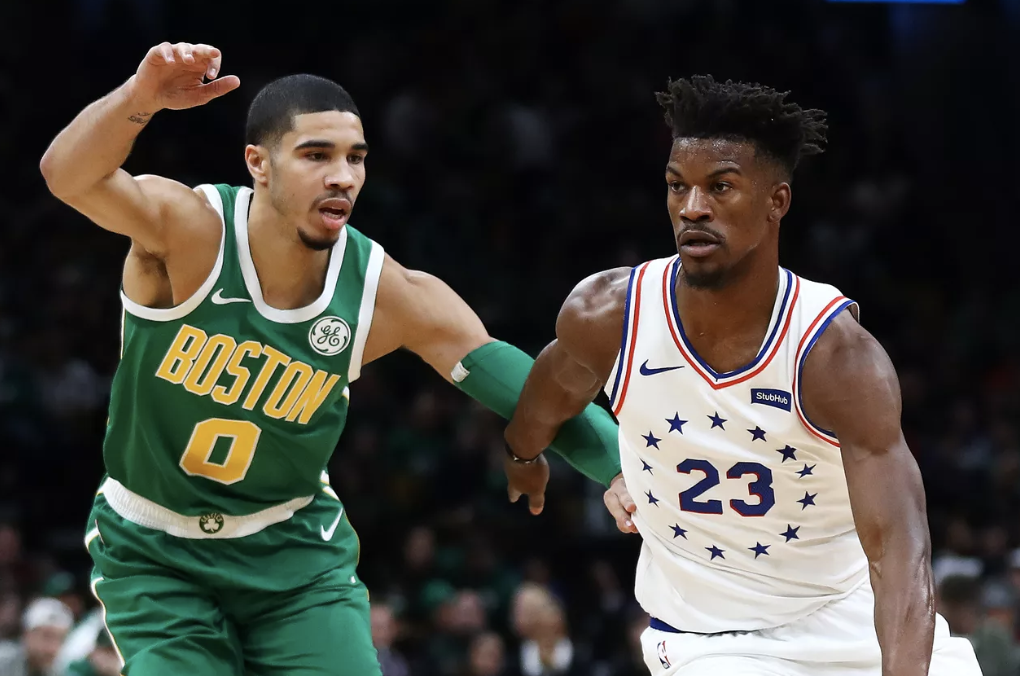 Don’t look now but the Boston Celtics have reeled off 10 wins over their last 11 contests and are now tied for third in the Eastern Conference with the Pacers. In their last outing, the Shamrocks downed the Cavaliers 103-96 without the services of perennial All-Star Kyrie Irving, who was out with a strained hip. His absence didn’t matter all that much as Jayson Tatum knocked down 25 points while Gordon Hayward came off the bench to drain 18 on the night. While the win bolstered the Celtics in the standings, it didn’t help those backing the Celtics as they failed to cover the 10-point impost. If you ever wanted to get in on the action and learn to bet then get on over to Sportsbook Review for an easy to read guide on how to do so and where to place your wagers once you know how.

The Philadelphia 76ers sit a game behind the C’s in the standings but have recently completed a seismic deal for the Clippers’ Tobias Harris. In totality, this is what the deal involves: Sixers receive Harris, center Boban Marjanovic and forward Mike Scott while LA gets forward Wilson Chandler, guard Landry Shamet, center Mike Muscala, Philadelphia's 2020 first-round pick, the Miami Heat's unprotected 2021 first-round pick and a pair of Philadelphia’s second-round picks. The move to get Harris in their starting lineup now gives Philadelphia the most formidable starting five in the league outside of Golden State, as they will now boast Ben Simmons, JJ Redick, Jimmy Butler, Joel Embiid and Tobias Harris.

This could be the game-changer that the 76ers have been pining for and one that reshapes the power structure in the East. Despite the fact that the Raptors and Bucks are battling for conference supremacy with the Celtics hot on the trail, this move puts the 76ers very much in play as the true power in the East. Of course, Philadelphia’s Achilles’ heel is their lack of depth and athleticism off the bench. However, no team is perfect and if the Sixers front five can stay healthy then a championship season is now a legitimate aspiration. The 26-year-old Harris is having a career year this season, averaging 20.9 points per game, 7.9 boards, and is shooting a lights-out 43.4 percent from three-point land and nearly 50 percent from the floor.

After the 76ers welcome the Nuggets and Lakers to the Wells Fargo Center, the Celtics will dribble into town on Tuesday night, February 12th. Boston has absolutely owned their Eastern Conference rivals over the last few years, having won 12 of their last 15 meetings and covering the number in nine of those contests. The first two meetings this season between these teams were set in Boston, with the Celtics capturing a 105-87 victory in the season opener and then winning a 121-114 overtime thriller on Christmas Day. However, the venue will shift to Philadelphia on Tuesday night, and again when the clubs meet for the last time during the regular season on March 20th.

The acquisition of Harris may tip the balance of power in the 76ers’ favor but Boston has been as hot as any club in the league over the past three weeks. If Jaylen Brown can continue to resemble the player he was last year, then Boston has an excellent chance of continuing their dominance of the 76ers. We won’t know how it all shakes out until the end of the season because sometimes acquiring more talent doesn’t necessarily translate into more wins. Tobias Harris may put the Sixers over the top but until Philadelphia defeats the Green, his arrival in Philly won’t mean a thing.