Marcus Morris: This Celtics season "hasn't been fun for a while" 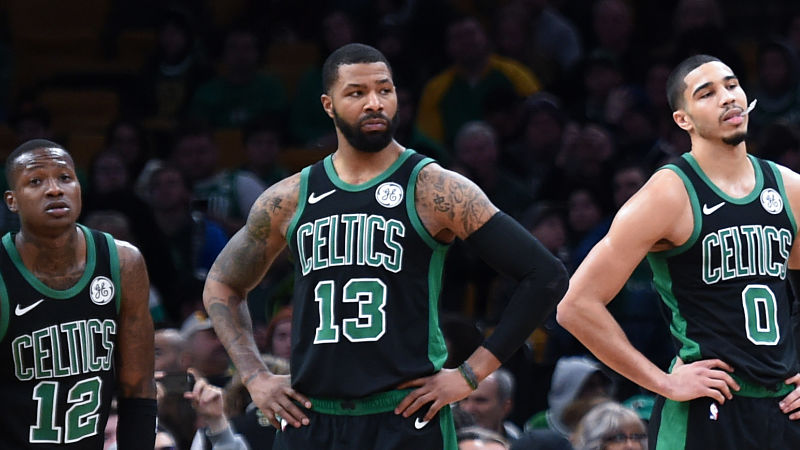 Following the second blown lead to an LA team Saturday night, all Celtics fans wanted was to get some good news. Kyrie Irving had sprained his right knee, and the team had just allowed the biggest comeback against them in the last 15 years. Instead, more alarming news came out of the locker room.

One of the veterans of this Boston unit, Marcus Morris, had a lot of concerning things to say about this season:

Marcus Morris said when he looks at the Celtics he sees a bunch of individuals. Said he sees everyone else having fun around the league, they don’t have fun.

“It hasn’t been fun for a long time.”

Yikes. And here I was, thinking the Celtics were finally coming around after winning 10 of their last 11 games prior to the pair of LA losses. Even when this squad is winning, it's apparent that they still aren't having fun doing so. If winning doesn't translate to having fun, what possibly can for this team?

To me, it goes back to having too many hungry mouths to feed and not having an offensive identity. With the talent that the Celts have on their roster, everyone must be willing to sacrifice and play as a collective unit to have success. My feeling is that there are too many egos that are preventing that from happening at the moment.

I don't take the comments about the bench reactions as heavily, but Mook alluded to the ego problems when he stated how he "sees a bunch of individuals." It seems like there is a large separation between this team's veterans and youngsters, as well as a problem with attitude. As a fan, that's scary to hear.

So what can fix this? Well, maybe Morris' comments themselves could ignite some fire in the Celtics. But really, it should start with the head coach to get everyone on the same page. The leaders of the team should be actively motivating and picking guys up (mentally, of course). And again, I like that Mook called out the team on this - someone had to say it!

A lot of the time, issues like this cannot be fixed. It's quite concerning that these problems are still at the forefront in mid-February. Despite all he had to say about the Celtics' ongoing concerns, Morris still thinks this can all be resolved:

“Yeah, I mean, I really do. I think it can,” Morris said. “But you have to start somewhere.”

Hopefully, the impending All-Star break will provide Stevens and this disgruntled Celtics team with the opportunity to patch up their off the court issues.