Are the Lebron-led LA Lakers losing luster to the Clippers?


The Lakers warm and successful environment was once a preferred destination for superstars, particularly those with size. Wilt Chamberlain went there. Kareem Abdul-Jabbar went there. Then Shaquille O'Neal arrived there. Even though virtually every would-be free agent still seems to be projected to be Laker-bound, that trend may be on the decline. 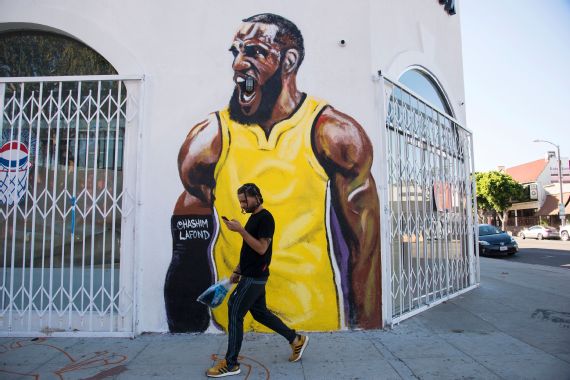 We are already reading that Kevin Durant, Kawhi Leonard and Anthony Davis may have their sights on Laker-Land, but they may end up heading to the Clippers or some other yet-to-be-determined destination. The Laker quartet of Magic Johnson, Luke Walton, LeBron James - and lest we not forget, Lavar Ball, seem to be at odds. Who's running this show? Magic virtually assured the LA faithful another big star to join The King, and with the trade deadline now history, that hasn't happened. Things seem to be a bit heated in Laker-Land.

The Clippers are entrenched in the same southern California warmth as the Lakers, but their hierarchy seems to have more stability and allure. Steve Ballmer is dynamic, involved - and rich. Lawrence Frank is President of Basketball Operations, and Doc Rivers is the Head Coach.Both served under the basketball mastermind of the Eastern shore, Danny Ainge.

The Logo and basketball's Western shore mastermind, Jerry West, serves as Consultant. The Clips are not fooling around. They have shed all of their superstars, and would-be stars, and have opened up enough cap space this summer to sign two big names. Their present conglomerate of no-names were good enough last night to overcome a 28-point deficit and come away with a win at TD Garden. Imagine them with KD and Kawhi.

Some NBA folks think that the Pelicans were merely playing with the Lakers front office on a potential deal for Anthony Davis. If so, no wonder. Lebron has been public about trading away his young teammates for a superstar to join him, and that most likely includes AD. James will be 35 years old at the end of this year. He still seems super-human, but age always takes its toll. Stars in their prime may be thinking twice about joining one on the way down.

So are the Lakers a Magic Show? Or are they on the King's Court? Is Luke merely a Duke in The King's entourage? Or is this just a Grand Ball, orchestrated by Lavar? Doesn't sound like a smart destination, does it?