Kyrie Irving's teammates may play better without him, but that's not the point


After playing 54 games this season, the Celtics are 28-17 (.622) with Kyrie Irving in action, and they are 7-2 (.778) when he is is out. Those numbers, and the fact some of his teammates seem to have better games when he is out of action via injury, may indicate to some that the team is better without him. I would not be one of those individuals. This is merely the regular season, and Kyrie's clutch, do-everything ways will be vital in the playoff run. 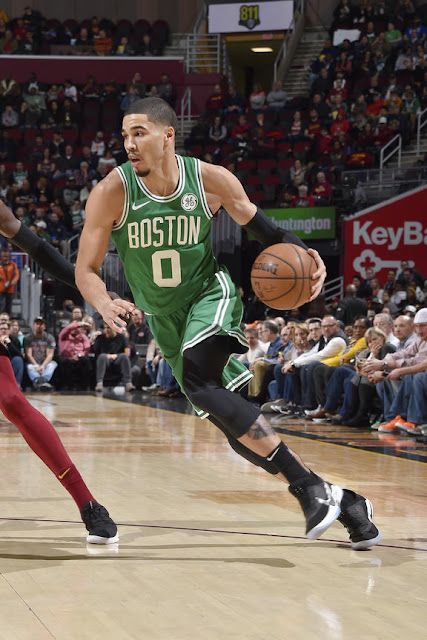 Boston won last night once again with Kyrie out, beating the Cavaliers 103-96. Jayson Tatum had a nice game with 25 points, seven rebounds, two assists, one steal and two blocks. Marcus Smart not only had his usual balanced line (17 points, five boards and four assists), his accuracy continued - hitting 6-of-10 from the field and 4-of-5 on 3-pointers.

Gordon Hayward had a bounce-back game with 18 points, six rebounds and five assists. He had some reservations about returning to the arena where his career was almost demolished, but he looked strong and assured on the court. Daniel Theis had one of his solid contests. He only scored six points but was a perfect 3-of-3 from the field. He added three rebounds, three assists, one steal and two blocks.

It was a proud night in Cleveland, where Gordon Hayward put together an impressive performance during his return to The Q, where he suffered his gruesome injury. pic.twitter.com/wfGrNLNV65

The question can be asked, why do some of Irving's teammates play better without him? Or we can ask, why don't they play better with him? The answer to that one is - they don't have to. Kyrie is averaging 24 points, five rebounds, seven assists and 1.7 steals per game. His accuracy is 50%/41%/85% on field goals, threes and foul shots, respectively.. At times, Kyrie has carried this team.

Back to the first question - why do they play better without him? The answer is they have to do so to win. In some ways, it becomes more of a complete team game. But fast-forward to the post-season. I see no teammate right now that has Irving's ability to demand the ball in his hands as the clock ticks down - and come up with a Clutch pass, score, deflection, rebound or steal to seal a victory. That's the point!