Per Woj, the Clippers have traded Tobias Harris, Boban Marjanovic and Mike Scott to the Philadelphia 76'ers. The 76'ers will receive in return Landry Shamet, Wilson Chandler, Mike Muscala, two first-round picks and two second-round picks. This deal may have major implications for the Celtics, both in the playoff race and the 2019 NBA draft. 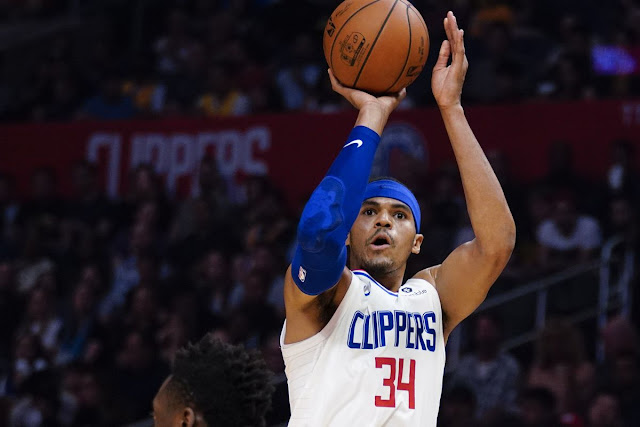 At least for this season, the trade gives Philadelphia a Big-4 of Harris, Joel Embiid, Ben Simmons and Jimmy Butler. Harris is averaging 21 points and eight rebounds per game, while shooting 50% on field goals and 43% on 3-pointers.

Boston is currently in third place in the Eastern Conference with a 35-19 record. Philly is in the number-5 spot at 34-20. It is hard not to see Tobias giving the 76'ers a boost for the remainder of the season. The rivalry between the Celtics and 76'ers just heated up.

The Sixers are budgeting to re-sign and keep a new Big 4, including free agents Tobias Harris and Jimmy Butler this summer, league sources tell ESPN. Philadelphia has long-term plans for Harris, Butler, Joel Embiid and Ben Simmons together.

This move will almost certainly send the Clippers into lottery territory for the upcoming draft. The Celtics own the Clippers first-rounder, top-14 protected. The Clips hold the #8-slot in the West with a 30-25 record. It seems doubtful that Boston will receive that pick this year.

It certainly seems that the Clippers are going all-in on the free agent market, and the first-rounders they acquired will help their cause. Harris will help the 76'ers during this post-season, and if Philly is truly trying to create a Big-4 - and they are able to do so - they will be a formidable opponent for Boston in the coming years.