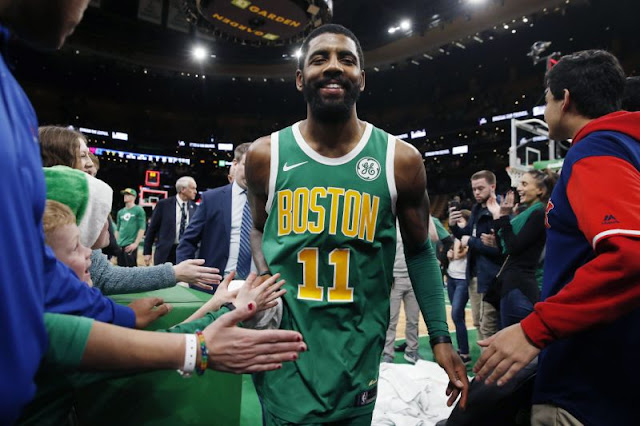 When the 34-19 Celtics roll into Cleveland tonight to play the 11-42 Cavs, they will do so without the services of Kyrie Irving and Marcus Morris. The injury bug has also struck Robert Williams and Aron Baynes:

Morris was added as out earlier this morning, as the forward battles right knee soreness:

Irving's absence against his former team is not unique. The C's All-Star has missed five straight games in Cleveland:

The Celtics tomorrow will play their 5th game in Cleveland since opening night of last year.

Grande goes on to note that the Celts are 1-12 in their last 13 road games without the services of Irving.

With key rotation players out, expect Boston to rely on crucial minutes from Semi Ojeleye, Daniel Theis and even Brad Wannamaker. When Kyrie missed the last matchup against the Cavs in Boston on January 23rd, Terry Rozier (26 points), Marcus Smart (nine points, four assists) and Wannamaker (11 points, three assists) helped the Celts coast to a 123-103 victory.

Rob Welch2/05/2019 11:25:00 AM
Share
Rob Welch
I have been a die hard Celtics fan since birth, even though I don't really want to talk about the ML Carr/Rick Pitino Eras but I will if necessary.
Newer
Older