Is Enes Kanter a fit with Celtics after yesterday's buyout?


The timing is right. After being bought out by the Knicks, Enes Kanter is a free agent and may have a good fit in Boston. We know all too well that Brad Stevens is not overly-fond of big men, and Enes is definitely that at 6'11" and 250 pounds. The 26-year-old center is an inside scoring threat and rebounder that can hit the occasional shot beyond the arc. His best season in 2014-15 saw a stat line of 18.7 PPG and 11.0 RPG in 31 minutes of action. He shot 57% on field goals in that same season and 79% from the charity stripe. 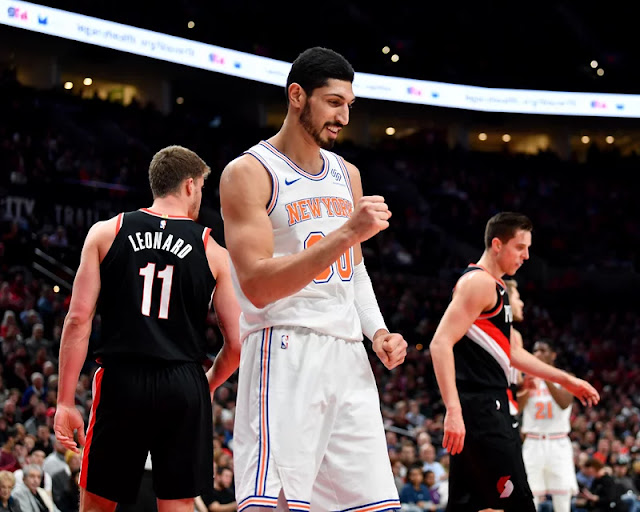 Report: Celtics interested in Enes Kanter if he is bought out https://t.co/v8koy8UCLW

With Aron Baynes possibly out of action for a few weeks with a foot injury, the Celtics have a deficit in the big man category. Taken with the third overall pick in the 2011 NBA draft, Kanter has value for Boston. He may not fit Stevens' small-ball schemes, but frankly, those don't work all the time - as we have seen lately. Enes may also not be a perfect fit for Brad's switching defenses, but the Celtics have not been perfect at much of anything lately either.

At times, Brad appears to be stuck in what has worked in the past - "frozen" may be more appropriate. This team and coach seem to be a unit-divided - and too damn polite to each other. Kanter is anxious to prove he was worth that number-3 pick in 2011, and the time may be right. If he is truly energized to prove his value to a team's winning ways, sign him up. Stevens may be looking for an energetic, versatile wing to fill the slot left by the trade of Jabari Bird, but I think it is time for a big that gets significant playing time and is an integral part of the offensive and defensive schemes. Kanter may bring a new face, some low-post scoring and rebounding - and some determination to win games at all cost. There is little to lose.