Ice Cube's BIG3 League is signing players to compete in this summer's 3-on-3 competitions around the country. Two of the latest signings are Kendrick Perkins and Eddie House, both members of the Celtics team that took the 2008 NBA Championship. 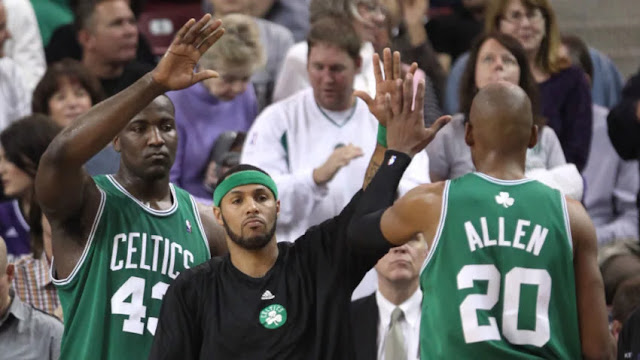 Former Wizards star, Gilbert Arenas, and former Laker, Lamar Odom, are also scheduled to join the BIG3. I was fortunate last summer to be chosen as part of the Press Corps to cover the BIG3 games at TD Garden in Boston. I came away impressed with the competitiveness of the games and the total availability of the players to attendees.

FLASHBACK💥💥💥 Eddie brought down the house in the NBA semifinals against Orlando! Could he and former teammates White Mamba and Perk reunite in #BIG3Season3 and take the title from Big Baby and Power? pic.twitter.com/4BRvJ4FIge

Another former Celtics Champion from 2008, Brian Scalabrine, was a part of last summer's BIG3 games as a member of the Ball Hogs, and I was able to have a 1-on-1 interview with the White Mamba prior to his Boston appearance.

The BIG3 is stacked with NBA All Stars! Julius ‘Dr. J’ Erving was the first slam dunk champ and Nate Robinson has the record for most slam dunk titles. Now, Nate plays for Coach Dr. J on Tri-State! ⭐️⭐️⭐️#BIG3AllStars #NBAAllStar pic.twitter.com/oKF2CmMS3T

The BIG3 partners with Fox and FS1 for viewers that can't make the games. Looks like an exciting summer for the BIG3 and its fans.