Al Horford has been killing it lately - Is it the chocolate milk?


I am only half-kidding here. I wrote recently on Al Horford's promotion of ordinary, every-day chocolate milk for post-workout recovery. Well, something has ignited a fire under the 32-year-old vet. He is playing like a young superstar in his prime. 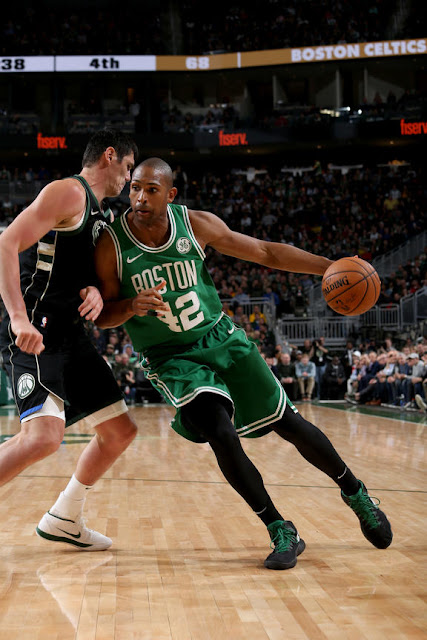 Despite the Celtics 98-97 loss last night to the Bucks, they were able to hang in there right to the end against a very good team. Al was on the floor for 37 minutes and collected 21 points, 17 rebounds, five assists, two steals, three blocks and a team-high plus/minus of +12. He did it all, and he did it well.

I don't often write about Al Horford, maybe because like many of us - I take him for granted. Plus, Al is a very low-key guy. He contributes a lot, hardly ever complains and just comes to work every day.

My only-half-kidding bit about Horford and chocolate milk has a purpose. My personal quote to clients as a Personal Trainer is, "You become what you eat", and I mean that literally. My own exercise, nutrition and supplementation are closely programmed. They need to be. My father, brother, mother and sister died at the ages of 64, 64, 46 and 19, respectively.

High-level athletes like Al Horford need to do the same, particularly as they age. Al's energy and vitality seem to be at an all-time high. You never hear much from him, but if you asked him, my guess would be that he does most of the right things to keep his game at a very high level. We have been seeing Playoff Al a bit early this season.