It wasn't just the 118-95 loss to Toronto last night that brought on Brad Stevens' F-Bomb. And it wasn't just the uninspired play of his troops. Stevens' loud obscenity was a letting-loose of frustration over at least a lack of cohesion within his team - and maybe the fear that there may be an element of toxicity that exists. 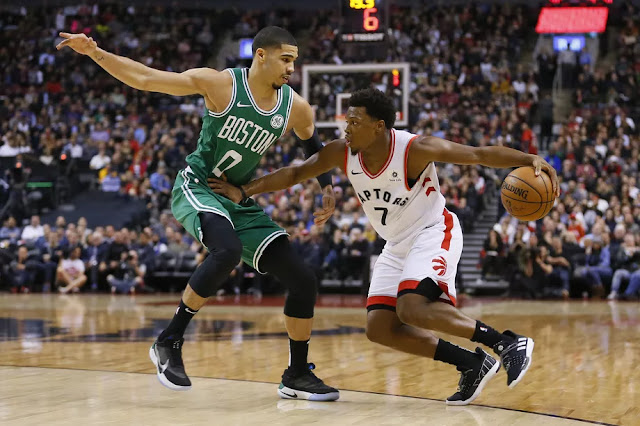 (But the reaction of Celtics PR maven Jeff Twiss and the fan on the far right are fantastic) pic.twitter.com/vMwSFDUBe3

The charge call against Jayson Tatum was a good one, but the technical foul on him that followed was not - a clear over-reaction by the referee to a rather mild gesture by Jayson to the ref (per Express.co.UK's Stuart Ballard):

Stevens was caught on camera shouting towards the official for the technical foul on Tatum and he wasn't happy.

"Airpunch, he loses his mind, that's one thing.

Quite a reaction by normally mild-mannered Stevens. But Brad's F-Bomb was only one of many heard - and not heard - around the world. That this Celtics team lacks cohesion is a vast under-statement. It is time to say there is a definite level of toxicity within the team.

At times, the Celtics operate as a well-oiled machine - and at other spans, look totally stale and disjointed. They had 24 assists last night to Toronto's 33. Boston turned the ball over 14 times versus the Raptors' eight miscues.

Can you figure this @celtics team out? I’m serious. Lots of talent, no soul.

Celtics fans all over the world were dropping F-Bombs throughout the latter portion of the game. If this were another team, you might see the GM openly take over coaching duties, at least temporarily. I doubt that would ever happen in Boston. But Danny Ainge needs to covertly inject some cure for the toxicity that plagues his team.

These players (notice I did not say "this team") are too damn good to just bow out at at this juncture. This presently is a "me first" group. Tatum's charge on his drive and the aftermath tell a lot. The call was a good one. He should have at least thought of passing off. Brad's obscenity included a frustrated "who cares?" Ainge does! Time for him to step in with his win-at-all-costs attitude and cure the malady that infects his team. The Celtics are running out of time.