Who passed the test in Celtics loss to Brooklyn Nets?


This was only a single test, not the entire semester - but it was an important one. The 109-102 loss to the Nets was not a positive sign to be sure, but there are some good takes from this one game. 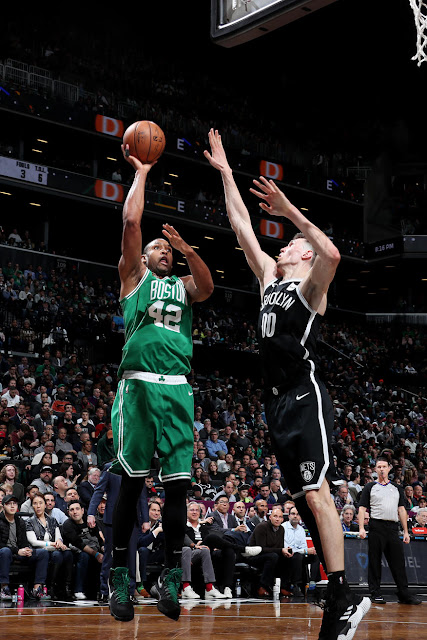 I will start with one negative aspect, the production from Gordon Hayward and Al Horford. They combined for 11 points on 4-of-11 from the field in a combined 43 minutes of floor time. With invested salaries and less-than-substantial play, Danny Ainge has to have at least some concern here.

Story of the game: Without Kyrie, our two $30M players combined for fewer points than Brad Wanamaker

On the positive side, Brad Wanamaker came through. He notched 13 points, three boards, four assists and two steals. At least for this game, he showed he belongs. He also had a Net Rating of +24.8 for the game.

“Every time I get on the floor, I just try to show that I can produce for this team,” says Brad Wanamaker.

The Jay-Team also came through with a combined 56 points, 11 rebounds, three steals and four blocks. Jaylen Brown had one of the highest Net Ratings for Boston with +21.2. Not so for Jayson Tatum with a minus-14.3.

Daniel Theis and Guerschon Yabusele also had positive Net Ratings, with Yabu coming in at +51.9. Gordon's was a low minus-42.3 and Al's was minus-7.3. Theis only had five points, but he added four boards, two assists, two steals and one block in 18 minutes. Yabu, in only 12 minutes, scored two points, but also had two rebounds, one assist, one steal and two blocks in 12 minutes.

But it was Boston's run in the fourth quarter that was the biggest story of the game. The quintet of Jaylen, Jayson, Yabu, Theis and Wanamaker brought the Celtics back from a 92-66 deficit to the final score of 109-102.

The consensus! Let's hope that Gordon is still recovering from the ankle injury, and that Al has not suddenly aged before our eyes and that his knee injury is minor. Forget the loss. This game was needed as a test to see just how the young guys and back-ups could perform with the two backcourt mainstays, Kyrie irving and Marcus Smart out of action.

Did Brad Stevens magnify the injury to Kyrie and Smart's illness to make this game a test for the others? I find it likely. If that fourth-quarter quintetet can perform like they did and we add Kyrie and Smart back into the mix - and if Gordon keeps progressing - and Al's play improves - then we have something. A lot of ifs. Here's another. If Danny Ainge doesn't like what he saw last night, he will be on the phone over the next few weeks.