You can't deny that something just isn't working right now for the Boston Celtics, and one thing that’s not helping is players blaming each other. This has to stop and fast, well according to Jaylen Brown anyway. 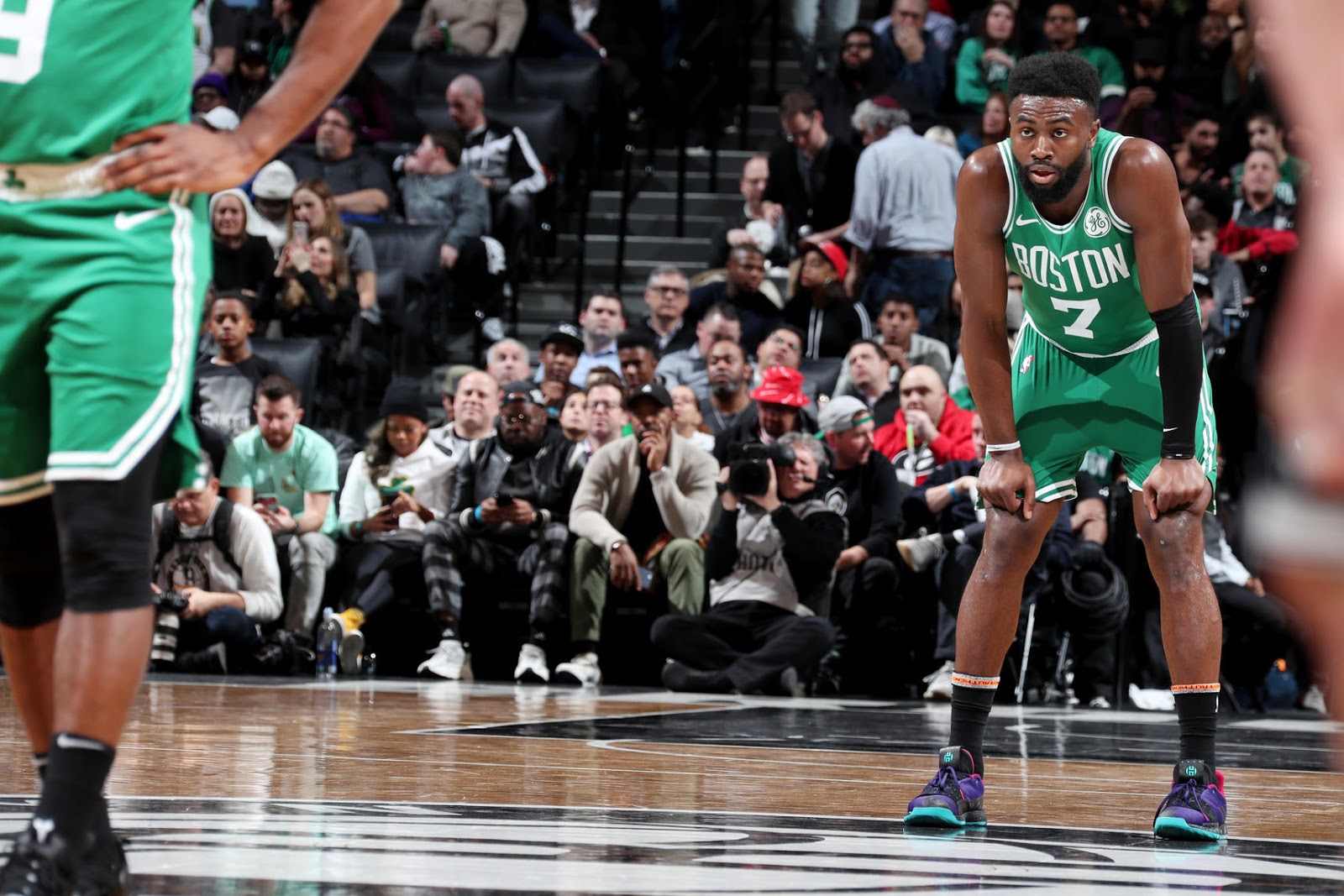 If the Celtics are to get themselves out of the tough situation that they are in, then they need to pull together as a unit and work it out. However, as we all know plenty of players (Kyrie) have had much to say on what the reasons are for this current bad spell. One thing that isn't going to help is looking at each other and pointing the finger (insert that spiderman meme), the majority of the squad are all guilty of making mistake and not bring it on the court, the way we had seen during the four-game win streak prior to the meltdown.

After last night defeat to the Brooklyn Nets, Jaylen Brown spoke to the media and had his say on what he thinks needs to happen. (per Tom Westerholm of Mass Live):

What makes this so interesting, he then went on to say the finger pointing needs to stop. It sounds like (even if it's not) a shot at what Kyrie was quoted saying after Saturday's loss to the Orlando Magic. Brown Said. (per Westerholm):

Now, unless you have been living life under a rock for the first half of the season, Jaylen has experienced what you can call an "incredibly bad start" and hasn't looked a shade of the Jaylen Brown that we are all used to seeing. That said, you could possibly argue that he is looking at himself, but given the chaos that has surrounded him on this passed road trip, I wouldn't at all be surprised if that it was another moment you could add to it. It does indeed sound like he is firing shots at Celtics' team-mate Kyrie Irving, who had plenty to say about the "young core" after Saturday's defeat to the Orlando Magic, but let's not head down that route - just yet anyway.

The Celtics return home to Boston for a matchup against a very impressive Toronto Raptors team on Wednesday, so the task of snapping out of this situation doesn't get any easier going forward. If the team is to snap out of it though, then being back at home will give them some confidence as they have been excellent at home of late, but they have to take the first step together as a team and its simple. STOP POINTING THE FINGER AT EACH OTHER, AND WORK IT OUT!

Did Jaylen fired shots at an already "annoyed" Kyrie?, What needs to happen to get that team spirit back?, Let us know by leaving a comment.