Despite a huge comeback, Cs drop another to the Brooklyn Nets 109-102


If ever the Boston Celtics needed a win in recent days, it was tonight.

The absence of both Kyrie Irving and Marcus Smart to a minor injury and illness respectively certainly put Boston behind the proverbial eight ball even considering their opponent, the Brooklyn Nets, have stumbled a bit after a hot start to the new year, losing to both the Celts and Toronto Raptors last week. 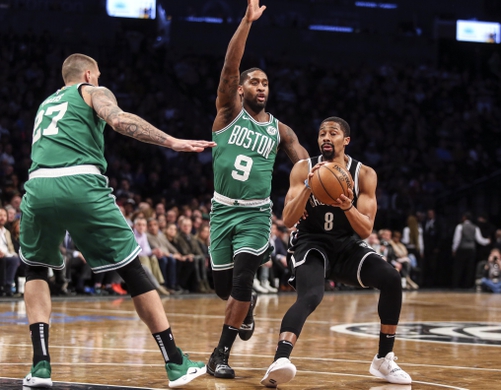 The game began with Boston winning the tip, but failing to convert, the Nets nailing a quick corner three on the subsequent possession and forcing an uncharacteristically early time out from coach Brad Stevens.

Switching to a zone defense out of the time out, the Nets seemed to fluster the Cs until Terry Rozier tied the game up with an early trey of his own, and Jayson Tatum and Al Horford got Boston its first lead early in the game.


Brooklyn warmed up, though, with Rodions Kurucs and D'Angelo Russell wresting the lead back until back-to-back buckets from Marcus Morris Sr. forced a Nets timeout with 4:47 left in the frame. Neither team could get separation as the first quarter wound down, with the Nets leading 27-25 going into the second.

That quarter started with a lot of sloppy play and a Russell bucket and Ed Davis layup extending the Nets' lead to six. Horford and Brown chipped away at the lead, cutting it to two with under nine left in the half, and a rare trey from Brad Wanamaker to within one until Russell answered back with a three, too, only to see Brad do it again a few possessions later.


Horford would take the lead back at 37-36 just outside the six-minute mark, and a trip to the strip for Wanamaker extended it. The cushion and lead were short-lived, however, as Brooklyn ended up back in front on a Joe Harris three with as many minutes left in the half.

Spencer Dinwiddie would get in on the beyond-the-arc action, but canny play from Tatum and Robert Williams helped keep Brooklyn from going on a run, ending the half on a flashy layup from the Duke product, Boston down 46-45 going into the third quarter. 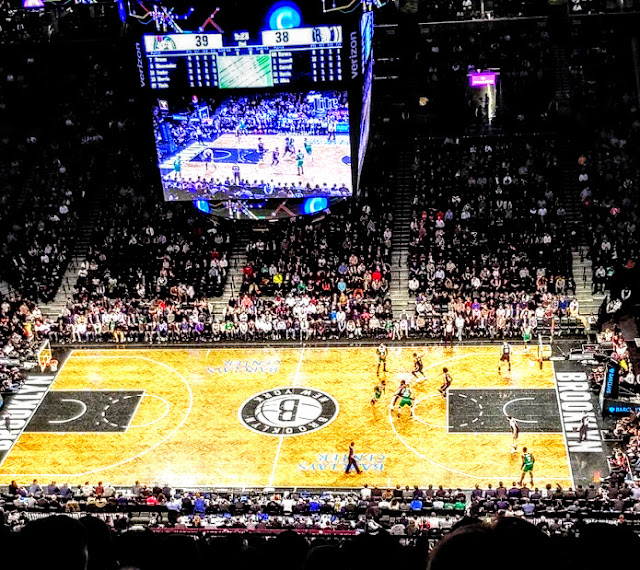 The penultimate quarter commenced with a Jarrett Allen layup, quickly answered by Tatum. Brown would tie the game up with a three of his own, but Allen and Russell getting hot pushed Brooklyn's lead to seven with just under nine left in the frame.

Another trey from from Jaylen and a dunk by Scary Terry would pull the Cs to within two, but Kurocs caught fire, adding a quick four points from the stripe, garnished with a trey from D'Angelo to put the Nets up 68-59 with just under six left in the frame.

The final frame started with more atrocious play by Boston and a Davis bucket to extend the lead to 26, and more of the same would see it sneak up to 27 multiple times. A 13-2 Boston run led by Jaylen made a game of it again, cutting the lead to 99-83 with six minutes left in the tilt.

Brown, Tatum and Wanamaker would cut it a seven-point game with just over two minutes left, and a couple of Brooklyn turnovers kept the Cs' hopes alive as time wound down, but Boston could get no closer, losing 109-102.

The Celtics next face the Toronto Raptors at home at 7pm EST this Wednesday, January 16th.

Assuming you still care about that sort of thing.