The Perfect Celtic - Bird's the word on passing - top scorer/shooter? 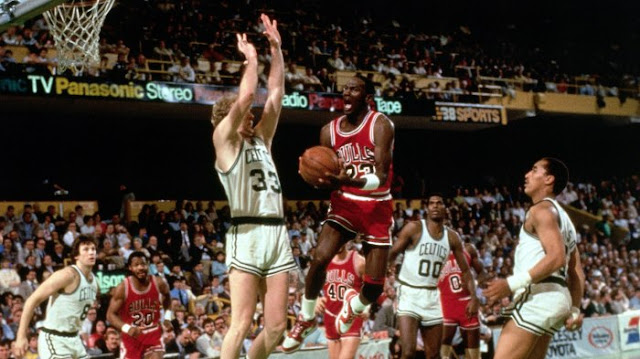 On field goal percentage, Kevin McHale is ranked 15th in the NBA at 55.4%. He is followed by Cedric Maxwell, Robert Parish and Al Horford. On 3-pointers, Ray Allen sits at 44th NBA ranking with 40.0%. No other Celtic makes the top-50.

On free throws, Ray Allen is 7th in the League, followed in order by Larry Bird, Bill Sharman, Isaiah Thomas, Kyrie Irving and Larry Siegfried - all in the top-50.

This is not about Clutch Time. That will be another category. Who is the top Celtic player that could be relied upon to score the points on a reliable basis. There is a lot of leeway on this one. Will Bird come away with his second category? Isaiah Thomas can not be ignored. Neither can Kyrie Irving. He didn't make the all-time points ranking because he hasn't been in the League long enough - but he is 22nd all-time NBA for points per game. And Sharman can't be left out because he played so long ago. Let us know what you think.