Celtics ready to offer Pels "everything they want" for AD: Woj


In news that ought to surprise literally no one, the Boston Celtics are reportedly open to throwing the kitchen sink (and anything else not nailed down) into any deal with the New Orleans Pelicans for star big man Anthony Davis, according to ESPN's Adrian Wojnarowski. 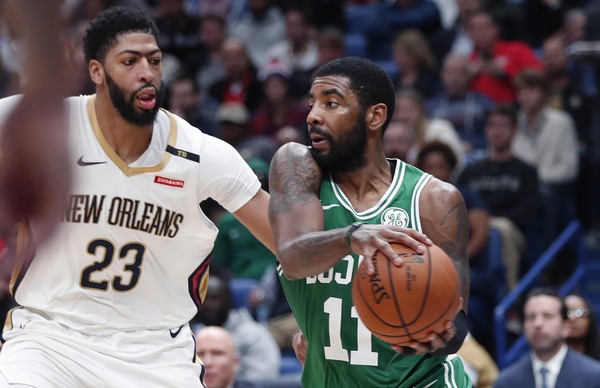 The kicker, of course, is that the latter team will have to wait until summer to deal for Davis, as the Cs are currently barred from such a move so long as Kyrie Irving remains on his current deal. The CBA does not allow a team to have two Designated Rookie contract deals to end up on the same roster via trade, and as both AD and Kyrie are on such deals, it'd have to wait until after Irving opts out of his current contract, virtually certain to happen at the end of the season.

What does this mean concerning who might be in the mix? The answer is "yes", as far as players are concerned, though in practice, CBA rules on how deals can go down will still limit the haul New Orleans can demand for Anthony, even with the relaxed rules on roster size for the offseason at play.


Just finished watching Woj on the Celtics and AD. He said "Boston will call them soon, if they haven't already. They are going to let them know they will be aggressive and give the Pelicans everything they want for Anthony Davis. Just hold off until after the trade deadline."
— Keith Smith (@KeithSmithNBA) January 30, 2019

Don't expect much, if any, movement from the Celtics during the deadline - we might see some smaller moves designed to tighten the back end of the roster, but probably little else. Let's hope we see no major moves from the Pels, either.