UPDATE: Kyrie Irving OUT vs Charlotte Hornets due to hip strain


Kyrie Irving will miss the Boston Celtics next match against the Charlotte Hornets due to an ongoing left hip strain. 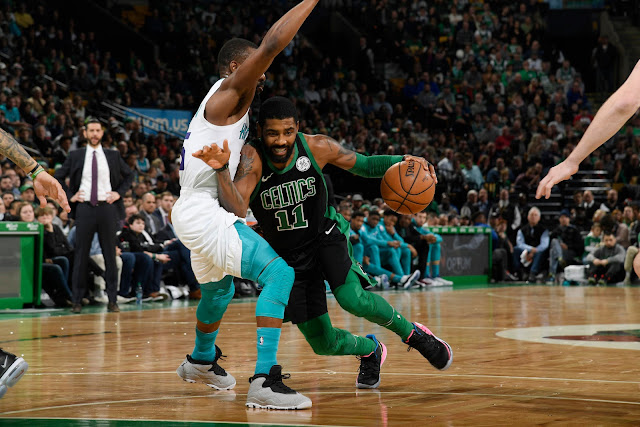 Given coach Brad Stevens considered Uncle Drew "day-to-day" earlier in the week, this should raise no alarms that Irving may have a more serious issue - or is up to any kind of shenanigans related to Anthony Davis rumors - but his scoring will be missed despite the Hornets' recent struggles.


With Boston on a relatively light stretch between the Charlotte game and the Oklahoma City Thunder game on Sunday, it probably makes more sense to let Kyrie rest for the Hornets and New York Knicks matches during the week, giving some run to Terry Rozier as an added bonus.