REPORT: Anthony Davis has requested to be traded


According to ESPN's Adrian Wojnarowski, the Pelicans Anthony Davis has asked for a trade 10 days before the NBA trade deadline. He has asked to be traded to a team that will consistently compete for a Championship. 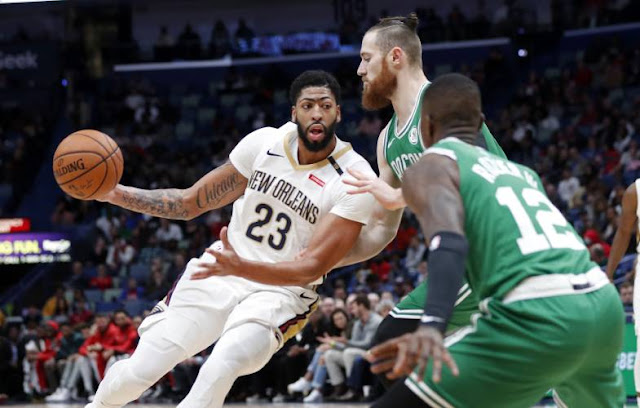 Rich Paul to ESPN on a preferred destination for Anthony Davis: "Anthony wants to be traded to a team that allows him the chance to win consistently and compete for a championship."

This is going to be a scramble. Davis is a top-5 player in the League and can do everything on the floor. You can bet Danny Ainge may already be on the phone.

"Anthony wants to be traded to a team that allows him the chance to win consistently and compete for a championship" https://t.co/iE2vzFplLR

But what about the infamous Rose Rule that allegedly states that no NBA team can have two players signed to a contract extension under the Rose Rule. On the surface, that would mean the Celtics could not trade for AD while still retaining Kyrie Irving, both of whom are signed under that rule.

It is doubtful Danny Ainge would consider placing Irving in a trade package to get Davis, but my argument right along is whether the Rose Rule has been truly tested before. My guess is that if Ainge really wants Davis - and Davis wants to join Kyrie in Boston - and the NBA sees the deal as beneficial to the League - a way will open for it to happen. That's several "ifs", so don't expect Celtics fireworks prior to February 7. But do expect this to get interesting. Stay tuned for further developments.