I promised my readers that I would do some more research into the Rose Rule as it pertains to any potential Celtics trade for Anthony Davis. Kyrie Irving and Anthony Davis were extended from their rookie contracts via The Designated Player Rule - extending each for five years at 25% of the salary cap. Neither one received the 30%-of-salary-cap, Rose Rule, amount. 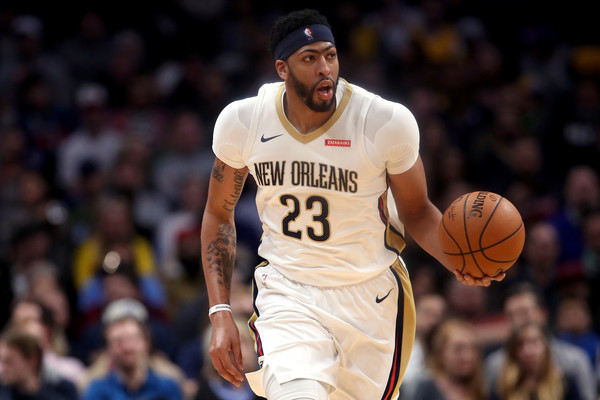 In my earlier article today, I reiterated what I have been saying all along - that this Rose Rule needs to be tested, and it appears that it already has (per SBNation's Tom Ziller ):

But here's the thing that strikes me as supremely odd about the whole situation: in January 2012, a month after the league granted Durant the super-max, the NBA also allowed the Thunder to sign Russell Westbrook to a "Designated Player" deal even though the collective bargaining agreement capped the usage at one per team.

Now Westbrook didn't sign a deal in January 2012 to give him 30 percent of the cap beginning in 2012-13 if he made another All-NBA team in 2011-12 (which he did). It wasn't a true Rose Rule deal. The deal was capped at the 25 percent level. But it was a five-year extension. Teams cannot sign a player to a five-year early extension while having another player they signed to a Designated Player contract on the roster. By virtue of the NBA granting Durant a Rose Rule contract (which was in excess of what Durant thought he signed in 2010), the NBA had made Durant a Designated Player ... and then a month later allowed the Thunder to sign a second Designated Player.

I would suggest my readers take a look at the entire article, but basically the NBA more-than-sanctioned two Designated Players (actually one Rose Rule player and one Designated Player) on one team - the Thunder. The Rose and Designated Player Rules were tested, and the NBA not only went with the signings, they forked over $15 million to the Thunder due to Durant's Super-Max contract becoming 30% of the salary cap.

My argument earlier this morning in my previous article was that if both Davis and the Celtics want to pair up, and the NBA sees it as beneficial to the League, we may see it happen. It has happened before.