Kyrie Irving was more than a little unselfish last night. 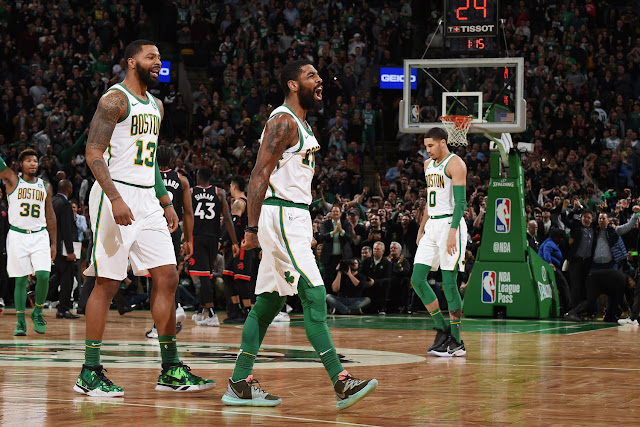 So unselfish, in fact, it was historic - as in Irving was the very first player in the NBA to log at least 27 points and at least 18 assists since 2009 (Kyrie put up 27 points, 18 assists, five boards, and a block and a steal each on the evening).

BOSTON CELTICS WITH GAMES OF 18+ ASSISTS

This put him in rare air, alongside the likes of Bob Cousy, Tiny Archibald, Dee Brown, Sherman Douglas, and Rajon Rondo as a Boston Celtic with at least 18 dishes, with only Douglas and Cooz having scored as many points with so many assists in green and white.

Irving, it seems, may have found something in the depths of his despair that had manifested previously in some ill-received (by his teammates and the press both) comments publicly calling out his fellow Celts; after apologizing to former teammate LeBron James for doing more or less what he was guilty of this week, he put it all on the court, and the rest of the team responded.

Ubuntu comes from solidarity, but not an absence of conflict, and if this team is to ever maintain anything akin to the esprit de corp behind Banner 17 in their quest for the next one, it will require leadership by example, and more importantly, through finding ways to make his teammates better.

18 assists in one night is not a bad start.