Kyrie Irving wasn't known as a pass-first point guard when he played with Lebron James In Cleveland. He didn't have to be. He and Lebron supplied a huge portion of Cleveland's offense. Different story with Boston. 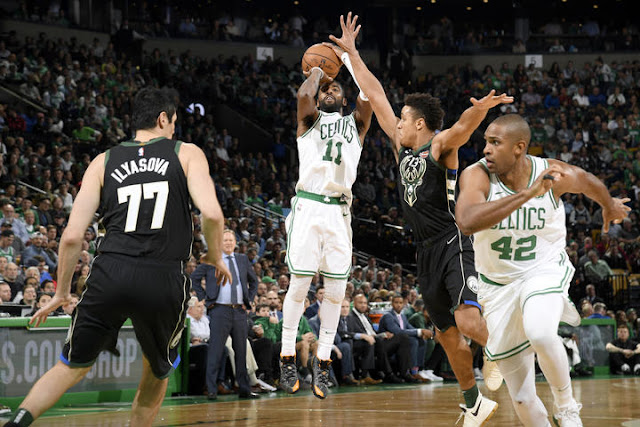 Over his last three games, Kyrie is averaging 11.3 assists per game to lead the League for that span. He is still scoring at a high level (6th in NBA for past three games), but he has made it a mission to get the ball to his teammates at the right time and place. Irving takes spots #10 (to Jaylen Brown for a three), #5 (to Gordon Hayward for a layup) and the top spot (to Marcus Smart for a 3-pointer.).

Uncle Drew takes up three spots on the @StateFarm Top 10 Assists of the Week! 🍀👀 pic.twitter.com/5NLvPoSWAt

Kyrie doesn't just rack up a lot of assists, he makes memorable ones - assists that make TV replays and highlight reels - assists that win games. Think of this! Out of 46 games played last week, and an estimated 2,300 assists handed out, Kyrie Irving made three of the top-10. Let his critics chew on that for a while.