Following his inbound pass with 2.9 seconds left on the clock, in last night's defeat to the Orlando Magic, Celtics' Gordon Hayward explains his decision to pass to Jayson Tatum. 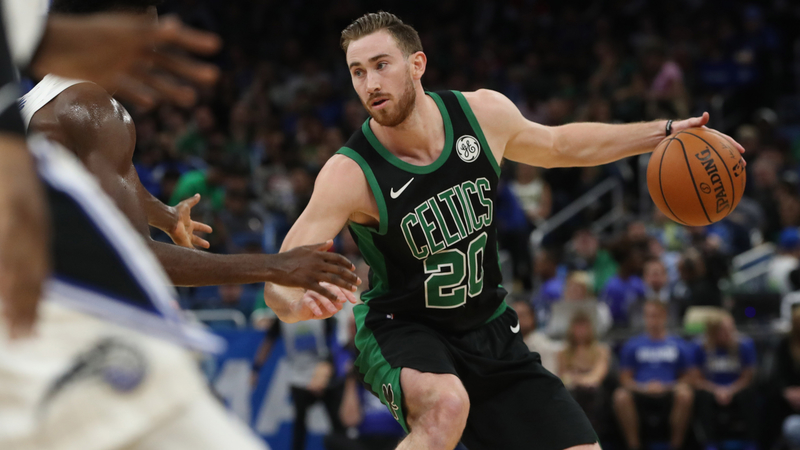 With the team down two with seconds remaining, Hayward and the Celtics had the chance to either tie the game or claim the win. However, neither would be the outcome as Tatum missed long on his jump shot and the team would fall to its second straight loss. The decision of Hayward passing the ball to Jayson clearly upset Kyrie Irving, who has plenty to say after the game. So too did Gordon who spoke with the media after the game and explained his reason for doing so. (per NESN'S Lauren Campbell)

“I think he would have like for me to pass it to Al (Horford) and have him come off of it,” Hayward said, “It was late clock and we worked on that play before and I’ve seen (Jayson Tatum) hit that in practice countless times, so I felt like it was a good shot.”

Head Coach Brad Stevens didn't seem to have any issues with how the last play of the night unfolded but admitted that Tatum's look was a quality chance given the time that was left on the game clock. (per Boston Celtics official twitter account)

Brad Stevens says of the final play, “When you’re in that position, you’re gonna get lucky to get a good look at the basket.” But Coach says he thought Tatum’s look was a quality one given the time on the clock.

The Celtics will have the chance to bounce back on Monday night, as the team heads to Brooklyn to face off against the Nets.

Was Hayward right to pass to Tatum instead of Kyrie?, Let us know with your comments.