Gordon Hayward-the-shooter is what the Celtics need - starting now


We know all about Gordon Hayward's versatility - he does everything. But shooting the ball is what he does best, and particularly with Kyrie Irving out with an eye issue, he needs to unleash his shooting arsenal. 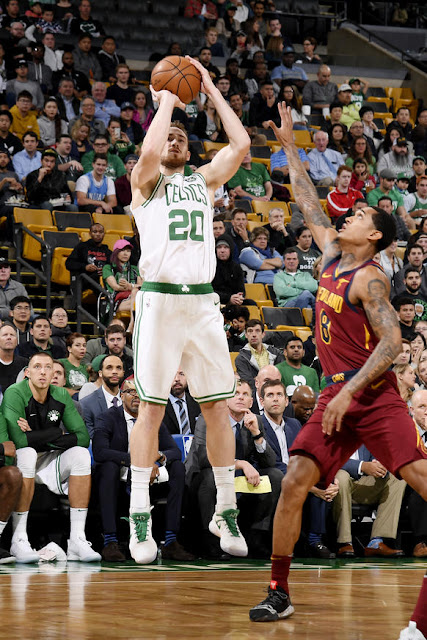 Gordon's scoring eruption against the Timberwolves reminded us that his ability to put points on the board did not leave his body. He poured in 35 points on 14-of-18 shooting. We also need to remember that Hayward's last season in Utah saw him average close to 22 points per game on 47% from the field, 40% on threes and 84% on free throws.

To reflect on last night — the amount of confidence Gordon Hayward was playing with is something we haven’t seen this year. Instead of looking to pass, every time he got the ball he wanted to score. Coming off screens he was looking to shoot first. That’s the G the Celtics need.

Assuming both Kyrie Irving (eye) and Marcus Morris (neck) are out versus the Mavericks tonight, getting Gordon into shooting mode is the way to go. He should go into the starting lineup with Marcus Smart. Hayward can create his own shot, but Smart's passing ability could help Gordon get in a groove.

Gordon is not blessed with the length or quickness of many NBA stars, but he has a cleverness about his game that makes up for that. Tonight versus the Mavericks, he needs to use that savvy to get open for good shots. He is a shooter after all - and a damn good one.