Does Kyrie Irving have better handles than the late Marques Haynes?


We will never know the answer to the question of whether the Celtics Kyrie Irving is a better ball-handler than the Globetrotters' Marques Haynes. Haynes played for the Globetrotters from 1947-1953 - and then had a second stint with the team starting in 1972, passing away in 2015 at the age of 89. Per Wikipedia, he could dribble a basketball 348 times per minute - or close to six times/second. Marques was known for hardly ever losing the ball, and for low-to-the-floor dribble. Sounds like our Point God, Kyrie Irving. 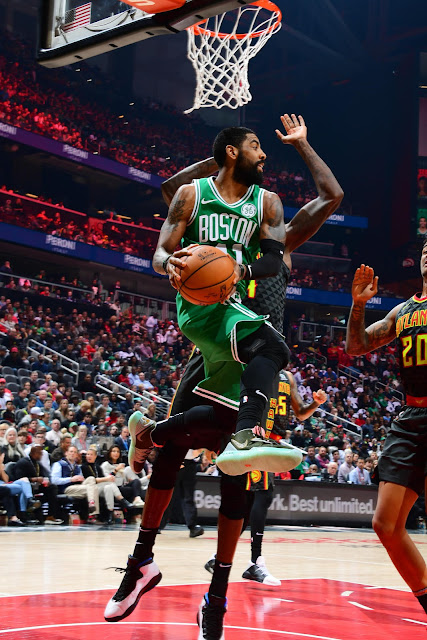 Kyrie Irving keeps his dribble and goes to the lefty floater! #CUsRise pic.twitter.com/bVqWJYXceK

The low dribble - ball control - followed by the floater by Marques. Look familiar? Some folks called Haynes the greatest basketball player to never play in the NBA. A one-on-one match between the pair in their prime would have been fun to watch. I give the nod to Kyrie. He would rate as the better all-around player - and one that can do virtually anything on the court. Fun to think about that match, though.