Cs playing some of the league's best ball in 2019


The Boston Celtics have quietly righted the ship in the month of December, and started the New Year off with a bang in 2019, playing some of the NBA's best basketball. 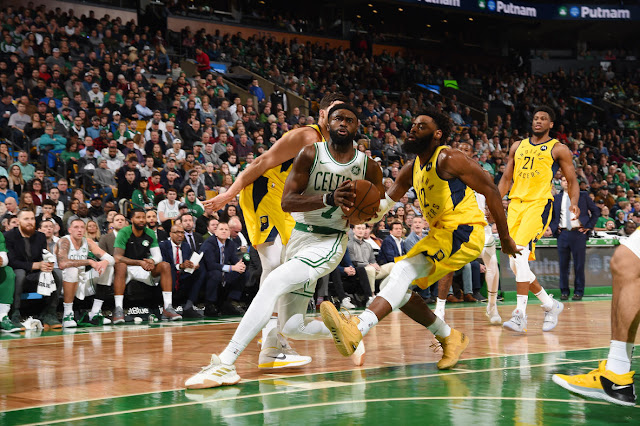 Perhaps distracted by the yo-yo movement in the Western Conference standings, where a three game losing streak has seen some teams move from a top-four slot in the standings to a potential lottery team, major outlet notice of the Celts' midseason turnaround came at first grudgingly, but now, like a flood.

Of course, when you utterly shellac a good team like Boston did last night to the Indiana Pacers, people are going to take note. Winning tends to do that, and winning big even more so, and that's what 2019 has been to date.

The Cs have only trailed in one quarter this year of 16 played to date, winning four straight by a 20.5 point margin of victory, shooting over 50% from the field, averaging 120 points an outing with at least 32 assists per game.


So, how'd that homestand go for the Celtics?

The Celtics had shot 57% just five times in the first 456 games of the Brad Stevens era...

...they did it twice on the homestand. pic.twitter.com/jclR3aKKMt
— Sean Grande (@SeanGrandePBP) January 10, 2019

There's still plenty to work on, body parts to get healthy, and recoveries to finish, but at least for now, this is the Celtics team we signed up for, looking every part the contender we expected. Now, the questions to ask are: can they sustain this level of play, and, more interesting to me at least, how much further can they go?