Celtics get revenge, romp 114-93 on the Dallas Mavericks


With a revenge win on the books over the Dallas Mavericks for the Boston Celtics, the team is back to the good kind of streaking again.

While recent losses to the San Antonio Spurs and Houston Rockets had fans a little worried, tonight's decisive 114-93 victory over the Mavs has spirits high in Boston.

Apart from a run that got Dallas within a point in the second quarter, the win was nearly wire-to-wire. With Gordon Hayward (16 points, 11 boards, 8 assists), Jaylen Brown (21 points and three steals), and Jayson Tatum (18 points and six rebounds) all having excellent nights to boot (all three have been struggling of late, save Hayward's outstanding performance against the Wolves earlier this week), the Cs have a leg up with a busy week of games ahead. 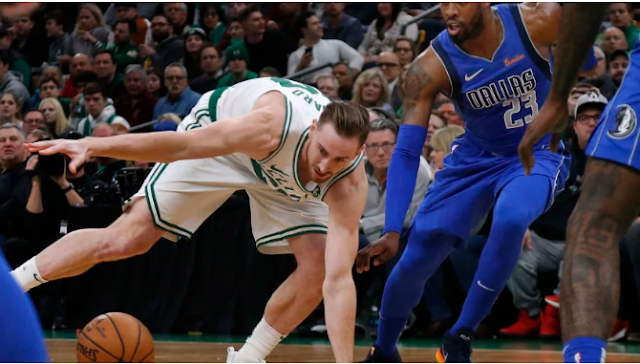 Boston's defense was absolutely smothering across the floor, holding their opponent to just 25% from deep and 38% overall, while having an excellent shooting night with 46% of their threes and a 43% overall rate of success from the floor, both major factors in tonight's win.

The team next faces a surging Brooklyn Nets on Monday, January 7th, who have won seven of their last 10 games; no word yet on Kyrie Irving, Marcus Morris Sr. and Robert Williams' status for that contest after missing time for minor injuries tonight, but should be able to survive so long as they bring the same kind of energy that got them the win tonight.