Celtics bring back RJ Hunter on a 2-way deal


RJ Hunter has rejoined the Boston Celtics roster on a two-way deal. 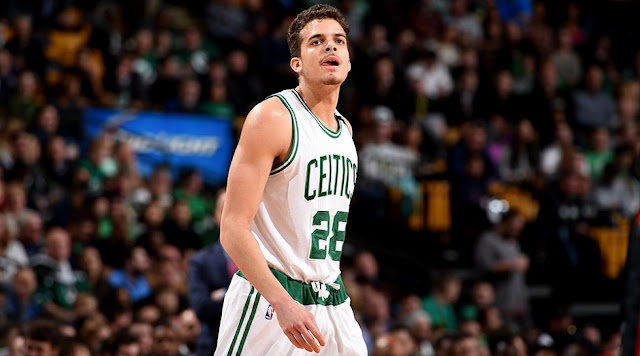 Hunter, who was drafted by Boston with the 28th pick of the 2015 NBA Draft, didn't end up sticking with the Cs after struggling on both ends of the floor despite being a fan favorite.


Since RJ left the team, he had a short stint with the Chicago Bulls, and then several runs with NBA G-League squads - the Long Island Nets, Rio Grande Valley Vipers, and, mainly, the Erie BayHawks, for whom he averaged 22 points, 4.3 assists, and 5.6 boards per game, shooting a healthy .343 from deep and .426 closer in this season.

RJ Hunter confirms on Instagram he’s back with the Celtics: “I worked my ass off to become the best me on and off the court, and to come back to this organization a better person/player overall is a wild feeling.” pic.twitter.com/bUcX9K976B
— Nicole Yang (@nicolecyang) January 9, 2019


Hunter will likely fill the slot vacated by Walt Lemon Jr. after he was waived by the Celtics in late November.

From the staff at Celticslife, welcome back, RJ!