Brad Stevens excited to have R. J. Hunter back in the fold


We now have R. J. Hunter back on a two-way contract, and most of his time will be spent with the G-League Maine red Claws. Hunter was drafted by the Celtics at #28 in the first round of the 2015 draft. R. J. was waived by Boston in 2016 and has drifted to several teams, most of them of the G-League variety. 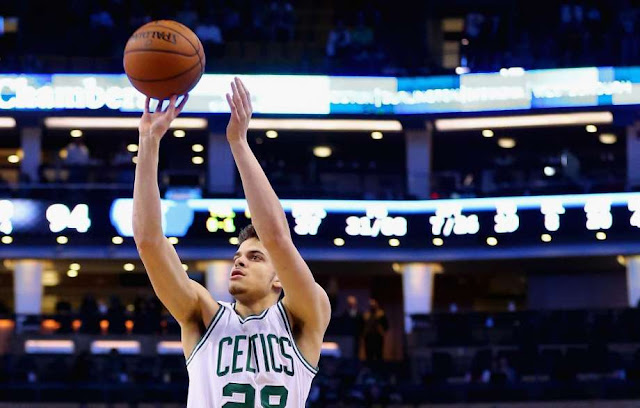 Brad: “One of the toughest things that I've been a part of over last 6 years was when we had those 16 guaranteed contracts ... and we had to make a decision on one, and we ultimately had to waive RJ. Because we thought he was a high-upside player that had really gotten better.”

Brad Stevens seems to like the idea of having Hunter back in the fold. His time with the Red Claws, coupled with some appearances on the parquet will show how much his game has progressed (per BostonGlobe's Adam Himmelsbach):

In 2016, the Celtics entered training camp with 16 players on guaranteed contracts, one above the league maximum. So before the regular season started, Boston had to let someone go that it probably would have preferred to keep.

President of basketball operations Danny Ainge ultimately decided to stick with James Young rather than R.J. Hunter, and on Thursday, Celtics coach Brad Stevens called parting ways with Hunter “one of the toughest things I’ve been a part of over the last six years.”

But now Hunter is back with the organization that selected him in the first round of the 2015 draft. The 6-foot-5-inch shooting guard on Thursday officially signed his two-way contract.

“[When we released him] we thought he was a high-upside player that had really gotten better, that was going to work hard to be better,” Stevens said. “So I think we’re all really excited that we’re able to have him back. He’ll be up in Maine [in the G-League] as he gets retransitioned to us, but I’m sure he’ll spend whatever time [he] can with us, as well. So we’re excited to have him.”

R. J. is primarily a shooter but still needs to prove that his accuracy and production can translate to the NBA. The video below indicates his ability: