The second returns of the All-Star fans votes were revealed last night, with Boston Celtics well represented. Kyrie Irving continues to hold a commanding lead over all guards, and Jayson Tatum is still to contending with rival forwards. 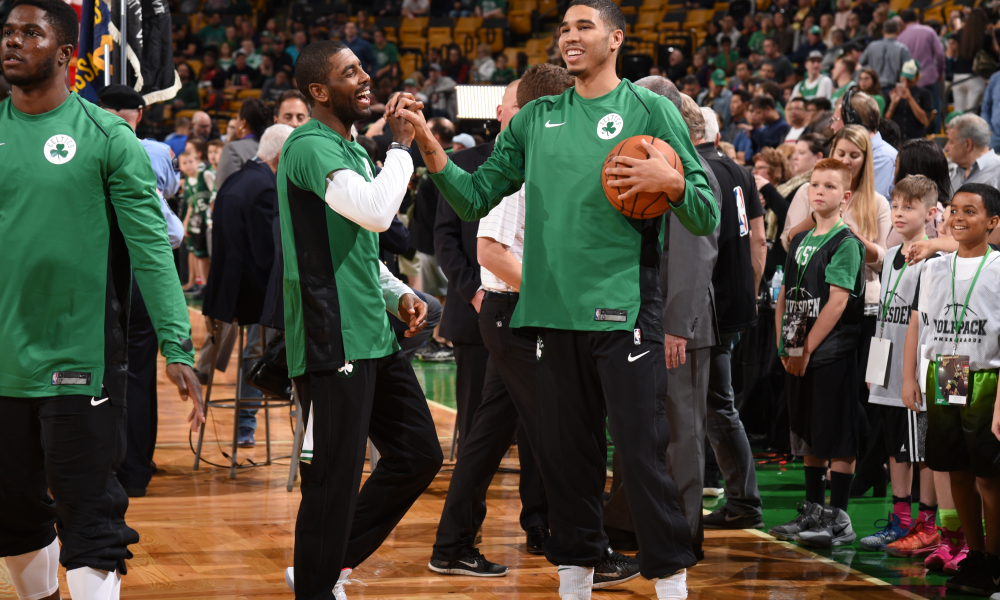 Kyrie leads all guards with 2,381,901 votes, his nearest challenger for the top spot, Dwyane Wade, has a respectable 1,199,789, while Kemba Walker rounds out the top three with 858,798. It would be safe to say that he is well on his way to a Sixth All-Star appearance and his second as a member of the Celtics.

Irving is also being backed as a potential captain but in order to do so, he needs to catch Milwaukee Bucks' MVP favorite Giannis Antetokounmpo, who is leading not only the forwards but leading the overall vote with 2,670,816 (per Official NBA All-Star twitter account)

The second returns of #NBAAllStar Voting 2019 presented by @Google!

Vote on https://t.co/R6fBO5LSAS, the NBA App or by searching for your favorite player or team on Google.
Vote now! https://t.co/7WGNCNxnJB pic.twitter.com/akz3wREzFM

Sophomore forward Jayson Tatum, another Celtic who could make his first All-Star, is currently, fourth among his other rival forwards in the east, Tatum has a total of 599,289 votes which has him behind only Giannis, Kawhi Leonard and Joel Embiid. Tatum has quickly become a very valuable role player to the Boston, hopefully, he can get more votes so that he's rewarded with his debut at the NBA's premier event.

Two other Celtics' are also in the top 10, Gordon Hayward has himself 206,290 votes - eight among forwards and Al Horford occupies the tenth spot with 199,474. With fan voting due to end on January 21, the starting lineup and reserves will be revealed January 24 and January 31, respectively. It would be something special should all four Celtics make the game, but for now, it certainly looks like we will see, Kyrie and Jayson representing the team.

Can Kyrie still claim the captain spot from Giannis? will Tatum make a debut appearance? can Gordon and Al join them? Let us know your thoughts by leaving us a comment.