Bad teams have been a strange challenge for Boston - until now?


You'd hardly think a road win against one of the worst teams in the league would be talked about as a step forward for the Boston Celtics, but here we are.

Behind some stellar effort on the defensive end of the floor, and Jaylen Brown coming alive on the offensive side of the court, the Cs managed to dig themselves out of a 16-point deficit in the third quarter, only to see a balanced effort finish off the Atlanta Hawks despite an effort from their youth movement that has been screwing up their tanking efforts of late. 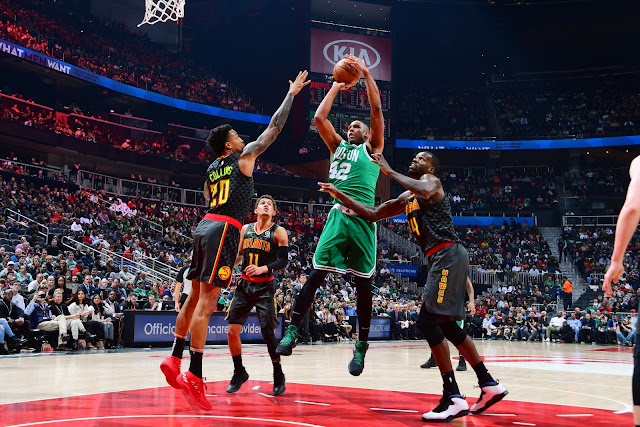 These types of games have been sheer poison for an underachieving Celtics, who have proven as adept as knocking off contenders as they have losing to scrubs. I think most sportswriters (and fans) are over proclaiming the season as "turned around", but it's certainly promising to see a little consistency in the win column for a change.

With matches against the Miami Heat on Monday and the Cleveland Cavaliers on Wednesday before a showdown with the Golden State Warriors at home on Saturday, Boston will be able to put its seeming growth to the test once again this week - hopefully with a more consistent effort than we saw early vs. Atlanta.