By sheer coincidence, today is Martin Luther King, Jr. Day and also my 75th birthday. I don't celebrate my birthdays any longer, for obvious reasons, but I will celebrate the life of one of the finest men to ever walk the surface of this earth - Dr. King. 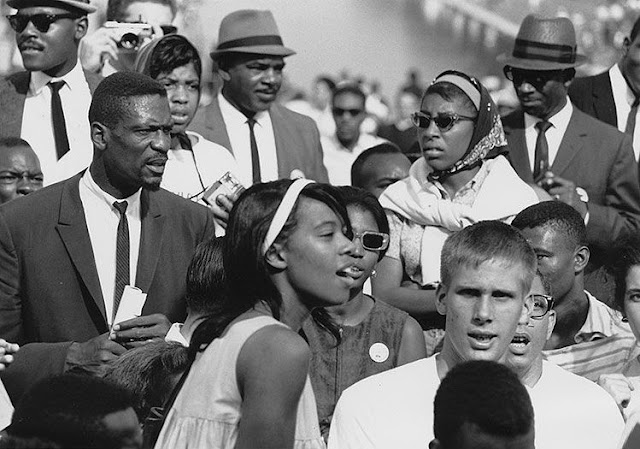 I grew up in Massachusetts when bigotry was rampant. I was sheltered from most of it in the town of Reading, just down the street from Bill Russell. Russ had no such protection. A 6'9" black man in an almost-exclusively white town was going to be noticed. And the town that sheltered me treated Russ with bias instead of the idolatry he deserved.

Big Bill broke the rules back in the 50's and 60's. Black people were supposed to shut their mouths. That was the rule. Well, that photo above showing The King of the Court and The King-of-peaceful-oratory (and action) was not photo shopped. Both men spoke up about injustice, and they were not the only black men to do so. 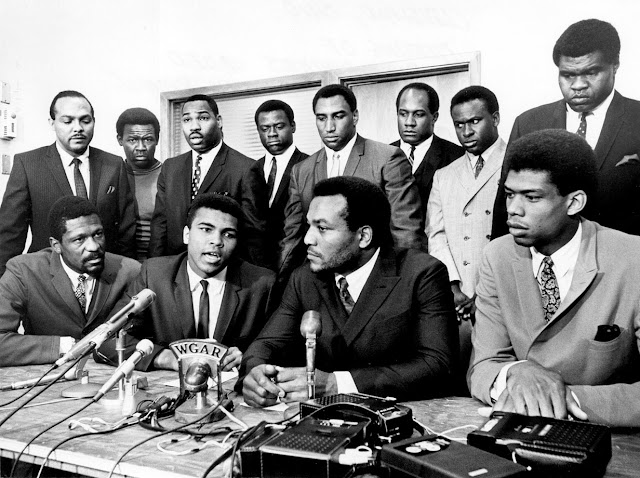 Russ found sanctuary in the old Boston Garden with the Celtics. Red Auerbach and owner Walter Brown didn't give a damn what color you were. Hell, Red picked on the white guy, Tommy Heinsohn, and eased up with Bill and Sam Jones. Red was criticized for putting out the first all-black starting five of Sam and K. C. Jones, Willy Naulls, Satch Sanders and Bill Russell.

Bigotry didn't end in Massachusetts in the 50's and 60's. I was a cop in the town of Pepperell, Massachusetts starting in the early 70's. My immediate superior was from the Philadelphia area and once told me, "Never trust a n---er." What my superior didn't know was that I had close ties to the only black family in my large neighborhood. I held the father in high esteem and always referred to him as "Mister Clark", and I was always "Sergeant" to him after my first promotion - that also saw my biased superior head to another department and was fired following some horrendous acts by his white understudies - that he had "trusted".

I love Dr. King's above quote. It may be one of his best, and he had many such treasures. Oh, and by the way, that 1964-65 team with the all-black starting five? Per Wikipedia, it was voted one of the top-10 NBA teams of all time. Bigots be damned! Bless you, Dr. King. Your words of love still need to be listened to!

Photos via Yahoo Sports and Si.com