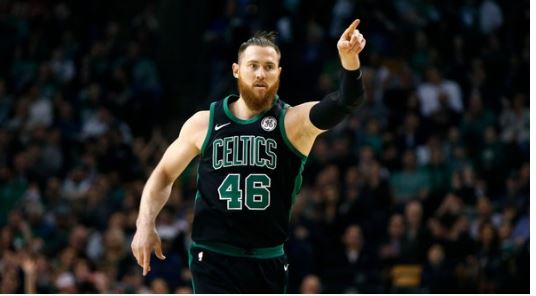 The Celtics were given some good news today, as they prepare to take on the Toronto Raptors tonight at the TD Garden. Center Aron Baynes, who has been sidelined for the last 13 games, will return to the lineup:

While going 7-6 in Baynes' absence the C's have seemingly lacked toughness in the paint and are clearly missing his defensive presence:

How much can Aron Baynes help the Celtics? 👇 pic.twitter.com/XTdU3QBnAC
— Chris Forsberg (@ChrisForsberg_) January 16, 2019

Boston has lost three straight, after an impressive 4-0 home stand. A win tonight could silence some of the negativity coming from every direction this last week.


Rob Welch1/16/2019 01:25:00 PM
Share
Rob Welch
I have been a die hard Celtics fan since birth, even though I don't really want to talk about the ML Carr/Rick Pitino Eras but I will if necessary.
Newer
Older